Brave Williams Has A Thing For ‘You’ 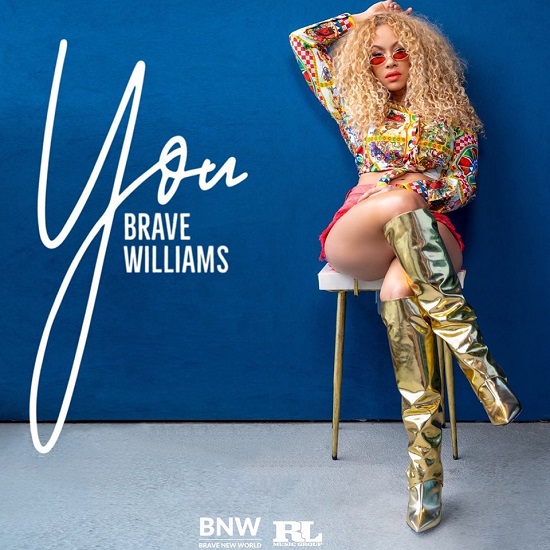 The last time we caught up with songstress Brave Williams, she was steaming things up with Raheem DeVaughn in his video for "Rose Gold." But the singer is making moves outside of lending her beauty to brighten up the videos of her R&B contemporaries. She recently signed a deal with SRG/ILS and is hard at work on her solo debut. She's not leaving us hanging to hear what she's got cooking, though, as she's dropped new single "You."

"You" finds Brave falling in love and wanting to tell the world about the guy she's found. "I just wanna tell you how I feel / Can I keep it real? / Can't keep my lips sealed / I ain't got no chill," she sings with the giddiness of a little girl with a secret. Helping her wax romantic is an unexpected groove with a hip-hop edge. The drums, which are reminiscent of a few classic hip-hop cuts, knock while most of the song's melody is provided by Brave's stacked backing vocals. It's a sound that throws back to the days when R&B and hip-hop first began to merge in the early 2000s.

The singer hasn't announced a release date or even a title for her forthcoming project, but we have a feeling that whatever Brave Williams comes with in the new year is going to be hot. Until she's more forthcoming with the details, we suggest you check out her latest right here.