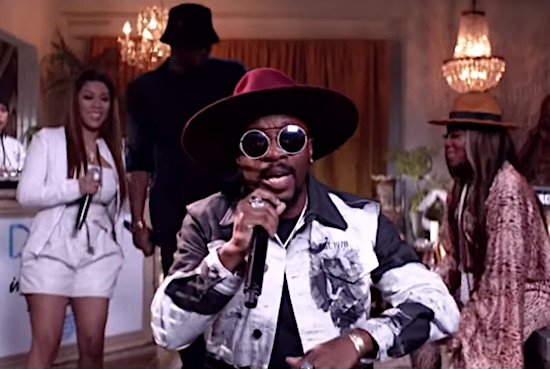 As always, one of the highlights of last night’s 2019 Soul Train Awards was the Soul Cypher hosted by Erykah Badu and Robert Glasper. Perhaps we look forward to this segment of the awards because the line-ups are usually unpredictable and often include a mix of both mainstream and underground artists, as well as those we may not have heard from in a while. This year’s roster did not disappoint, as it included a collective of powerhouse vocalists captivating and representing multiple genres.

Our favorite Bad Boy Records crooner Carl Thomas kicked things off and had longtime lovers of his signature brand of “emotional” R&B releasing a collective swoon as he reworked his B-side jam “I Just Thought You Should Know” from his 2007 album So Much Better.  Soulful songstress Keyshia Cole followed with a medley of her hits, “I Should’ve Cheated,” “Last Night” and “Trust and Believe.” Season three winner of the BET gospel singing competition Sunday Best Le'Andria Johnson stole the show when she inserted praise into a few secular classics including Aaliyah’s “One in a Million” and Ms. Badu’s “Tyrone.” Anthony Hamilton rounded out the vocal master class with a freestyle rendition of his 2004 hit “Charlene.” Always one to leave a lasting impression, and in true Low Down Loretta Brown fashion, Queen Badu got in on the action and literally ended it all on a high note.

Revisit the Soul Cypher from the 2019 Soul Train Awards below. Though the segment boasts stiff competition from years past, this recent edition is certainly a top-ranking contender.