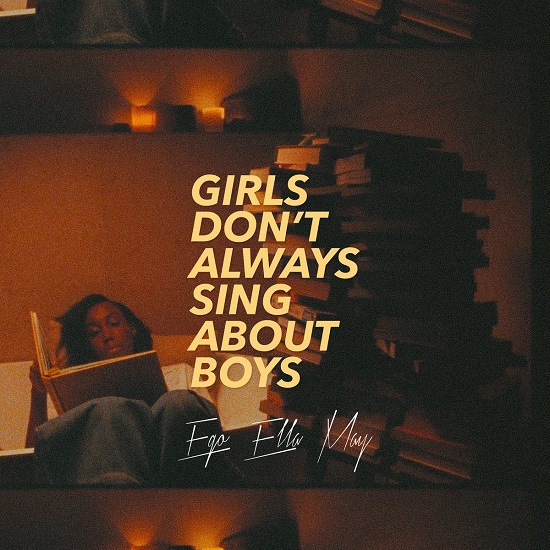 Ego Ella May has been a busy lady over the years, dropping singles and EPs (like her recent compilation So Far) to the delight of her growing fanbase. The British singer-songwriter is ready to make the next step, though, as she prepares her debut album for release next year. To that point, she's giving us a preview of what's to come with the release of the album's lead single "Girls Don't Always Sing About Boys."

If the song's title doesn't clue you in, the track finds Ego Ella May challenging the notion that women have to sing about love, relationships and men in order to be heard. She's quite aware that love and sex is what sells records, but what about life's other complexities? While producer Eun lays down a groove reminiscent of early neo-soul, she picks apart the notion while also addressing issues more worthy of her time (including climate change, mental health, suffering, homelessness, among others). She also questions the antiquated roles most expect women to fall into on the chorus, singing, "We'll go to school and then get married and start a family / This cycle continues / When we don't question what we're into." By song's end, she resigns herself to raising the issues while backed by dope beats in order to get the masses to listen to her message.

"Girls Don't Always Sing About Boys" is a pretty ingenious way to address societal norms while shirking the status quo and the constraints that come with it. If this is the lead single, we can only imagine what the rest of the album is going to bring.