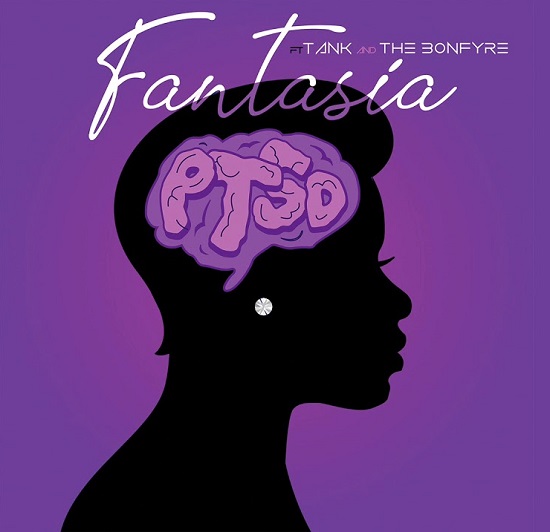 Tour mates Fantasia, Tank and The Bonfyre — who are currently on the road as part of Fantasia's The Sketchbook Tour — seem to really like working together. In addition to hitting the stage every night (along with fellow tour mate Robin Thicke), the trio somehow found the time to also collaborate in the studio. And now we have the fruits of that labor with the release of their remix of Fantasia's single "PTSD."

The track, which originally featured T-Pain on the assist, becomes a three-part story about self-diagnosed "post-traumatic sex disorder" that somehow still comes off sounding sexy despite the subject matter. That's because it still retains the original's bedroom-ready production that bangs on the low end with plenty of throbbing bass to shake the room. Fantasia's initial verse remains the same. Tank, meanwhile, flips the script from scolding an unworthy lover to continue hyping his sexual prowess. "I tried to tell you be cool / But you had to go and try it," he sings. "Now you don't know what to do / All you dream about is ridin' it." The Bonfyre approaches her verse with a mixture of the two previous approaches.  She tells us what she expects in the bedroom and how she likes to get down. She also wants you to know that you'd better not half-step and have her regretting the encounter.

We definitely enjoyed the original version of "PTSD" and this new version gives us even more reasons to press play. You should definitely take a listen and then make sure you're in the number to see Fantasia, Tank, The Bonfyre and Robin Thicke on the Sketchbook Tour, which is scheduled to stop next in Grand Prairie, Texas on November 14th.