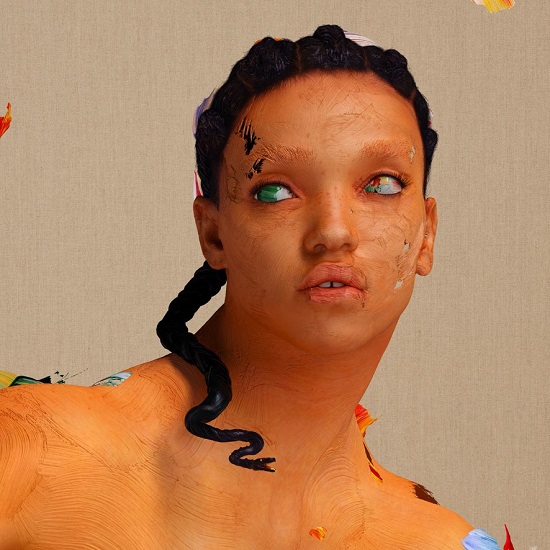 FKA twigs didn't exactly scream vulnerable when she first came on the scene. In fact, with her heightened artifice, fierce talent and glitchy, industrial productions, one would think that an openness would be the last thing she'd want to express. That isn't the case with her latest effort Magdalene. The album, her second full-length and fifth project overall, finds the singer and performer showing off her softer side with songs that address love and relationships, femininity and loneliness in unique and unexpected ways.

For the most part, the artist hasn't been shy about releasing music from the project. The set is only nine songs long and four of them — "cellophane," "holy terrain," "home with you" and "sad day" — were dropped prior to the album's release. Each of those songs revealed a different aspect of what was to be offered. Her approach to the production hasn't changed much, as she combines electronic music with pop, R&B, trip hop to form her own sound. She does, however, utilize quiet in interesting ways on Magdalene. Only "holy terrain" and "fallen alien" creep anywhere near what one would consider a radio-friendly single. Meanwhile, two of the album's biggest moments, opener "thousand eyes" and "cellophane," as well as a handful of others begin with barely any musical accompaniment. This allows a focus on her honest lyrics (which often find her contemplating her place in a love affair) as well as on her delicate vocals.

But don't go thinking that she's easily broken as each song seems to find a sudden boon of strength both sonically and lyrically as each track closes. As she told i-D in a recent cover story, "just when you think it’s really fragile and about to fall apart, there’s an absolute defiance and strength in a way that my work’s never had before."

Magdalene is yet another interesting listen from the mind of FKA twigs — one that shows her own artistic growth as she lays herself bare while challenging the listener to do the same.