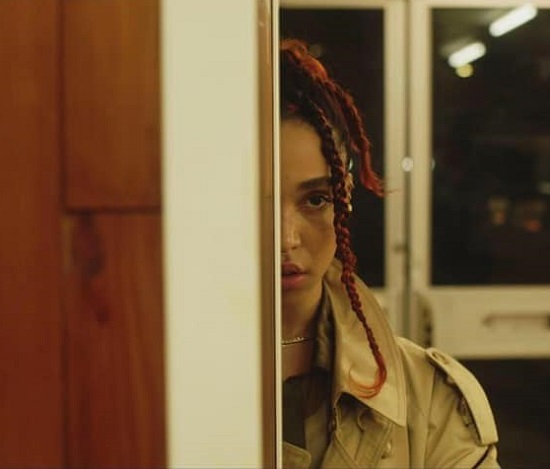 So...FKA twigs' Magdalene is still not out yet. We don't know what's taking so long but we do know that we're hella anxious to hear what the set has to offer, especially after her recent performance of "Cellophane" on The Tonight Show last week. To keep stoking those flames of anticipation, the artist has released "sad day," yet another single from the upcoming set.

"sad day" once again pairs FKA twigs' feather-soft voice with a haunting, synth-laden production that would normally seem incongruous with her tone. The singer makes it work, though, while also continuing to show a vulnerability that invites the listener into her world. This time that vulnerability comes via her addressing an unrequited love. She seems to have already hurt the object of her affections, even singing at one point, "You're running / And I tried to make it work before / You're running / I made you sad before." Still, she holds out hope that he'll eventually return to her. "Would you make a, make a, make a wish on my love?" she asks sweetly on the chorus.

This is the first Magdalene single that was introduced without an accompanying video, though she told Pitchfork that she's tapped Atlanta director Hiro Murai for "an ambitious visual collaboration" for the song. We expect to see that one soon. Stream "sad day" below and look out for Magdalene — which is now set for release this Friday, November 8th.


TAGS:  audio, FKA twigs
Previous: Deborah Cox Returns To Navigate Love On ‘Easy Way’ Next: Pink Sweat$ & Crush Shoot Their Shot On ‘I Wanna Be Yours’