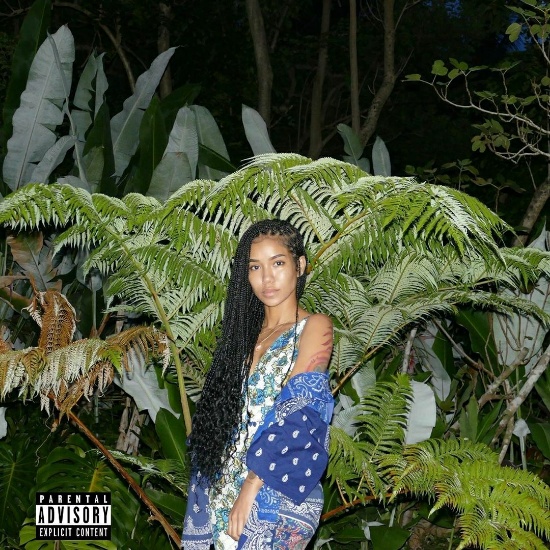 While most public breakups are filled with drama, drama and more drama, Jhené Aiko and Big Sean have instead chosen to make theirs focused on healing. Of course, just because you’ve choosing to take the high road, that doesn’t mean everything is sunshine and rainbows. We saw the pain of breaking up on Jhené’s “Triggered (freestyle),” which allegedly wasn’t about Sean. That was followed by a remix of sorts, “Trigger Protection Mantra” where she was trying to calm down. After that, Sean dropped his own upbeat ode to breakups with no make-ups, “Single Again,” which featured Aiko. Now the duo has reunited to let us know they are never, ever, ever getting back together on "None Of Your Concern."

On “None Of Your Concern” Jhené and Sean reflect on their failed relationship and moving on. “I can feel you fading, love / We’re not gonna make it, oh / Guess you cannot take it,” she sings over Fisticuff’s production of keys, bass and light drums, similar to their work on “Triggered.” Her pain is underscored by background vocals from everyone’s favorite musical accessory, Ty Dolla $ign. And, just when you think things are over, Big Sean comes through with a guest verse to offer his two cents. "I only want the best for you moving forward / But you back trackin' with n***as that ain't shit for you,” he spits his concern.

Along with the new track, Aiko has also shared a video. In the clip, Jhené is taking some time out for herself at a secluded villa in the middle of a forest. There, she’s going through the motions of moving on, meditating, reflecting and just being one with nature. Big Sean doesn't show up until the video is almost over, doing his own bit of self-care at a church and a beach in a different exotic locale.

“None Of Your Concern” will be featured on Jhené Aiko’s upcoming third album, Chilombo. Of the therapeutic project, the artist shared with Revolt, "It just flows out and I try not to overthink it until I want to ad-libs in or background. My new album I’m working on now is like that. Every song that you hear is me [freestyling]. Chilombo is due to hit stores “sooner rather than later” according to the artist. While that statement is ambiguous, you can’t rush art or healing. Look out for Chilombo's upcoming release, and listen to Jhené and Sean's version of musical couple's therapy right here.