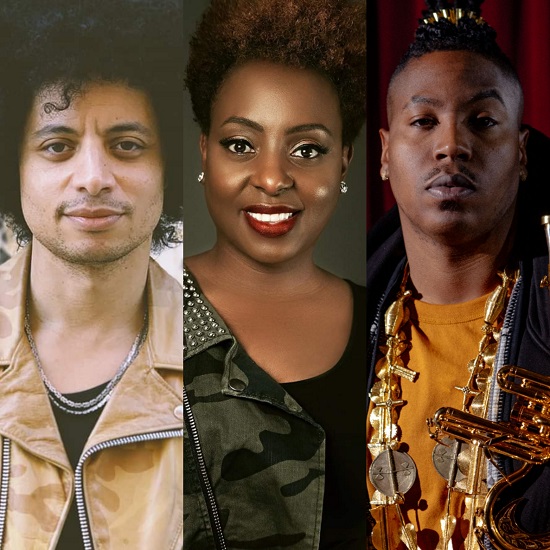 José James has managed to be a musical chameleon throughout his career, with his most recent switch-up being channeling the soul of the '70s on his Bill Withers tribute set Lean On Me. Now that he's left his longtime label home Blue Note Records to form indie label Rainbow Blonde, you can expect the eclecticism to be turned up to 11. Perhaps that's why the prolific crooner is giving fans what they want sooner rather than later with the announcement of his new album No Beginning No End 2. And he's leading the charge with some star power thanks to his new single "I Need Your Love" featuring Ledisi and Christian Scott aTunde Adjuah.

"I Need Your Love" sounds exactly like what you'd think a collaboration between the trio would sound. It's steeped in José's jazzy soul aesthetic. Gently strummed guitar leads the way and is accented by keys and Christian's horn playing before breaking into the opening chorus. Meanwhile, the singer offers yearning and longing on his opening verse as he describes longing and yearning for the love of his lady. Ledisi is next up, bringing her full-throated vocal into the mix while adding a bit of her gospel-tinged sound. They then leave the track's close to Christian, who takes everything home with horn a solo that's both sultry and sentimental.

Like "I Need Your Love," No Beginning No End 2 is set to feature a host of additional collaborators such as Laura Mvula, Kris Bowers, Aloe Blacc and Cecily, just to name a few. The project is set to arrive on March 6th of next year and is available to pre-order now. Get into the groove of "I Need Your Love" below and then stick around to peep the full tracklist (and featured guests) for the set.