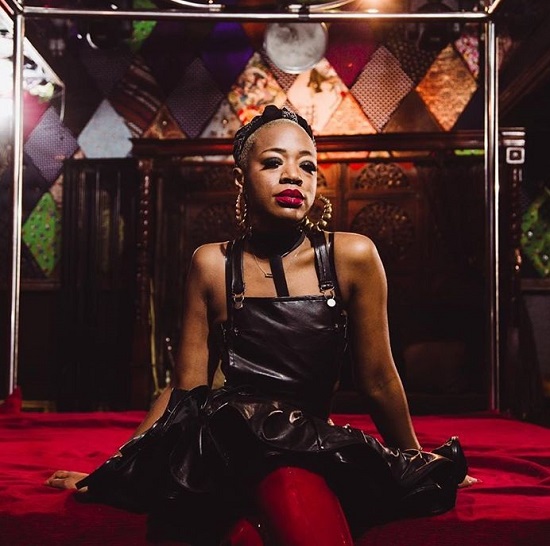 Halloween has come and gone along with all the ghouls, ghosts, goblins and frights that it brings every year. But, because we like you, we have one more thrill to give you to help you get over your All Hallow's Eve hangover. Kimberly Nichole, a former The Voice contestant who always shows us what it looks like when a black girl really rocks, got in the holiday spirit by releasing her raucous new track "The Witch."

"The Witch," which happens to be a cover of The Sonics' 1964 single, is full of blaring electric guitars that set the ominous mood as Kimberly introduces us to a new girl in town. However, we'd suggest you not get to close to her. We'll let Kimberly tell you why. "Say there's a girl / Who's new in town / Well, you better watch out now / Or she'll put you down," she belts on the track. "'Cause she's an evil chick / Say she's the witch." While the song's '60s origins are definitely baked into the DNA of the track, the game changer here is Kimberly Nichole's voice. Though she belts and hollers, there's never a time when it's not dripping in soul. In fact, we'd even venture to say that she improves upon it based on the choices she makes to make the song her own.

"The Witch" won't be the last we're hearing from Kimberly Nichole. She's readying a new album, The West Coast Seattle Girl, that will drop at the top of next year. Needless to say, we're definitely looking forward to it.