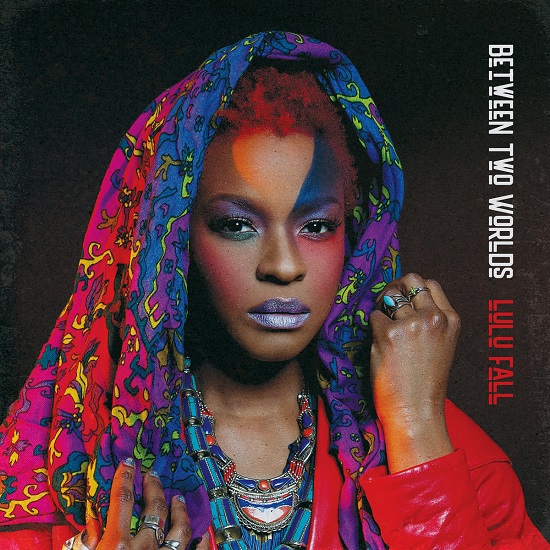 After securing a spot on our Bounce-Worthy roster back in 2010, Lulu Fall spent the next several years on a creative bender. Her formal training and magnetic presence opened doors to several critically-praised roles in musical theater (both on and off-Broadway). She also released two collaborative projects (with James Theory and The Kris Johnson Group, respectively), performed in festivals around the world and garnered songwriting awards from the Mid-Atlantic Song Competition (MASC) and the Great American Song Contest. Now, almost 10 years after the premiere of It's Official, she's back with a new solo album, Between Two Worlds.

With such a diverse résumé, our first impression of the album title assumed an allusion between the worlds of musical theater and recording artist. But as the dramatic title track "Between Two Worlds" reveals, the theme goes much deeper than that. You see, Ms. Fall is a first-generation African-American; a product of Senegalese and Cameroonian parentage, born in Africa, but raised in America since her early childhood. Against a powerful arrangement of tribal rhythms, bold keys and striking horns, Lulu bravely explores the hardships of growing up within two distinct cultures.

Her engaging transparency continues throughout a lovely collection of songs infused with jazz, R&B and rock.  Whether offering encouragement on "Keep Your Head Up," demanding honesty on "Do You Love Me?," providing self-affirmation through "Powerful" lyrics or embracing a fresh outlook on life with "Runaway," Lulu's soulful tone remains compelling from one track to the next.  Other standouts include the cinematic build on "Now" and "SHE," a clever personification-styled love letter to her current home base, New York City. The album's theme comes full circle on closing track "Where Are We Going?" as her African heritage is beautifully displayed with a captivating chant nestled into a bed of harmonies.

Watch Lulu Fall bring the title track to life with eye-catching visuals below, then scroll down for a full preview of  Between Two Worlds, currently available for download via Apple Music and Bandcamp.