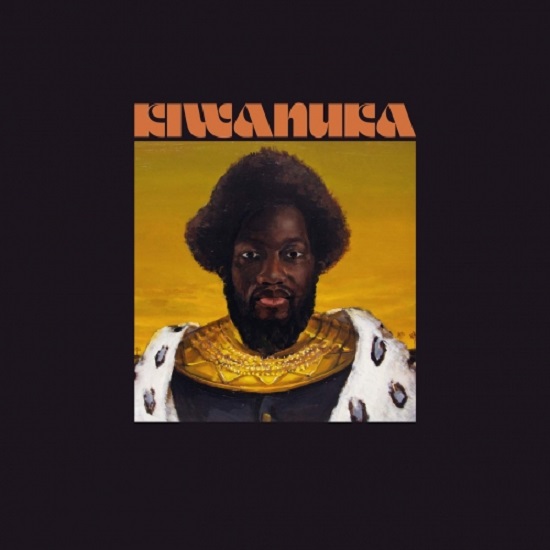 Upon first listen of Michael Kiwanuka's new album, KIWANUKA, we were rendered speechless. While our lips struggled to describe just how good this project is, something from the pit of our soul screamed, "The man is a musical treasure and we must protect him at all costs!" An exaggeration? Perhaps. But as we've watched his progression from Home Again to Love & Hate and now KIWANUKA, there's no denying that he's well on his way to becoming a legend of this generation.

KIWANUKA showcases a confident, matured artist with an intuitive pen – gallant enough to tackle bigotry and racism, but also nuanced enough to navigate rifts and romance, hurt and healing, fear and faith. And with a generous 14-song tracklist, the album – produced by Danger Mouse and Inflo – is in no hurry to deliver its message.

Musically, the overall sound of the record brings to mind the sounds of the '60s – folk, soul, psychedelic rock and the "British Invasion" – updated with modern touches, of course. For example, album-opener "You Ain't the Problem" is a catchy hybrid of the Motown sound, rock-n-roll and breakbeat. "Rolling" is a psychedelic trip, while "I've Been Dazed" takes cues from message-driven folk tunes. Even more impressive than the variety of sounds is the fact that KIWANUKA's songs seamlessly blend into each other, with lush arrangements and lovely interludes.

There honestly isn't a bad song in the bunch, but there are some standout tracks that are worth mentioning. "Piano Joint (This Kind of Love)" and the intro that precedes it is a meditative, piano-driven ballad that is gorgeous and affecting. The refined, retro soul of "Living In Denial" is as inescapable as the powerful message in "Hero." A sprawling opus alternating between acoustic tranquility and edgy guitar riffs, "Hard To Say Goodbye" is a cinematic piece with ethereal background singers and dreamy synth. Meanwhile, "Solid Ground" is a stirring piece that thrives in stillness and quiet before adopting an urgent tone for a dramatic finish.

Michael Kiwanuka closes out the set with the soft, encouraging tune "Light," reminding us that even in these dark times, there's always a ray of hope. With KIWANUKA, Michael Kiwanuka gives us hope for the future of soul music and lets us know that the genre is in very good hands.


TAGS:  audio, danger mouse, Inflo, Michael Kiwanuka
Previous: Kimberly Nichole Rocks Out With ‘The Witch’ Next: Miguel Thinks His Love Is To Die For On ‘Funeral’