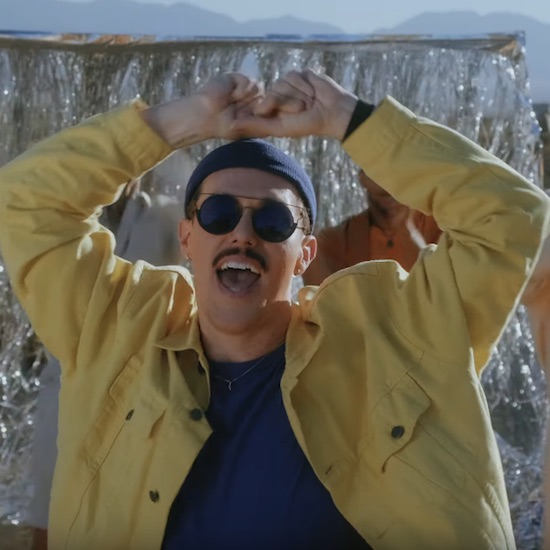 Guess who's back! Surprisingly, it's been seven years since we got a proper album from Australian talent Sam Sparro. He's made his presence known during that period, though, dropping a host of EPs and singles over the years. When he returned to the scene with his We Are KING collaboration "Outside The Blue," though, we had a sneaking suspicion that he had something brewing. Looks like our suspicions were correct, as he's readying his third studio album Boombox Eternal for release next year. He's also giving us the project's first video with the release of a fun clip for his new track "Everything."

"Everything" is a colorful jam that sounds like it was ripped straight from the 1980s. It's filled with bright synths, bombastic drums and a springy bass line that evokes the pop and R&B jams of the latter part of that decade. The song also has joyous lyricism and backing vocals contributed by our fave Rahsaan Patterson and we must admit that their collaboration is a match we'd definitely love to hear more of.

For the video, Sam looks to the videos of the '90s — particularly Janet Jackson's "You Want This," Mariah Carey's "Emotions" and Spice Girl's "Say You'll Be There" — and reimagines them through a queer-friendly context. He totally captures the spirit of those clips (from desert dance routines to tinsel curtains) but he makes the concept uniquely his own by focusing on the friendship between his co-stars, who happen to be gay men, on a road trip. "We wanted to recreate that joy, and I wanted to take all those old school tropes and make them effortlessly and naturally queer. I imagined if I had grown up seeing five queer friends in a dance music video presented in a non-sensational way, what that would have felt like as a young person," Sam said in a press release. We think he very much so succeeded.

We're liking the direction Sam Sparro is headed in here and, from the looks of it, we'll be getting even more when Boombox Eternal arrives next year on February 21st.