SiR Brings ‘John Redcorn’ With Him To ‘COLORS’ 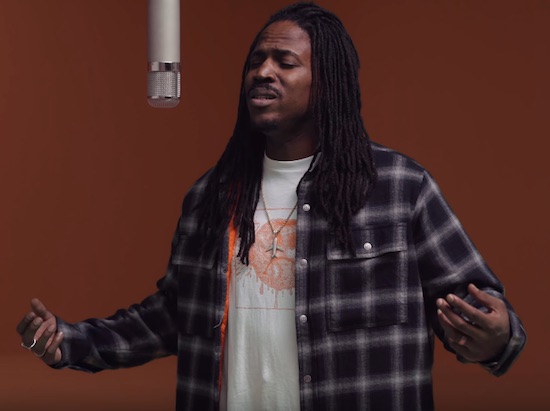 SiR may have dropped his latest album Chasing Summer a few months ago, but he hasn't slowed down the promo train for the project. As well he shouldn't, because it's an album for all seasons and particularly well suited for chilly days with its chill vibes. Last month he dropped the video for "New Sky" and just last weekend he performed on the 2019 Soul Train Awards. Hot on the heels of that performance, the TDE crooner brought his live vibes across the Atlantic to Berlin to perform the track "John Redcorn" at the world-famous COLORS Studio.

"John Redcorn" was one of the songs that SiR sang on the Soul Train Awards, accompanied at the time by his older brother and Rhythm + Flow winner D'Smoke. SiR had no problems rolling solo for COLORS, which helped him to embody the song's theme of loneliness as he poured out all of his feelings onto the sepia-toned set. We watch as SiR sings about his dreamgirl who has got him feeling all kinds of ways – none of them good. He sounded amazing as he brought the melancholy song to life, and at the end when he walked off from the mic still singing you can not only hear but feel his pain. (Also, we were today years old when we realized just how big the COLORS Studio set is.)

Watch SiR command the COLORS stage with "John Redcorn," and cross your fingers that he drops a music video for this track soon.


TAGS:  SiR
Previous: McClenney & Erick The Architect Are Golden On ‘Black Betty White’ Next: Kelly Rowland Gets In The Holiday Spirit With ‘Love You More At Christmas Time’