Terrace Martin Takes Us On An NYC Stroll In ‘Trail Mix’ 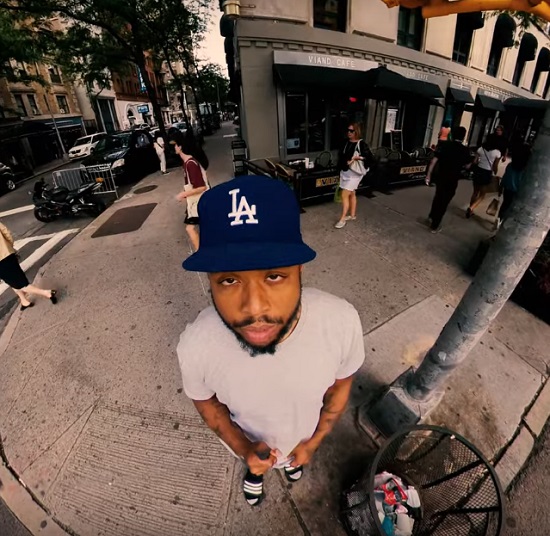 When Terrace Martin isn't busy being an in-demand producer, songwriter and collaborator, you can usually find him working on his own jazzy stuff. The multi-hyphenate has been teasing a new project called Drones for quite some time but he's given no official release dates. What he as been doing, however, is dropping new music here and there — including his recent single "All I Own" — along with videos that seem to have a bird's-eye view of Terrace and his surroundings. He keeps this up with his latest release, "Trail Mix."

"Trail Mix" itself has a jazzy, jam session kind of vibe thanks to heavy-hitting drums, wavy synths and vocoder work that set the mood. And though it features vocalists Buddy and Rose Gold, their voices aren't heard until the song's final minute. Similar to the song's pulled-together feel, the video keeps us in the moment as it shows Terrace leaving what seems to be a soundcheck at New York City's legendary Beacon Theater to go on a food run. Sure that may seem mundane enough, but what makes it interesting is how it's filmed. The viewer sees everything from the fish-eye lens of something floating just above Terrace Martin's head. Seeing as many of the spaces we see are far too tight for a camera crew, we can only assume that some kind of drone was deployed to get these interesting angles. Either that or they employed some serious movie magic.

As we said before, Drones has been teased for a while and Terrace Martin has offered nothing definitive on when the set will be coming. But he has taken the time to actually put a "coming soon" banner on his website, so that's something. Whenever it arrives, you'd best believe that we will be ready and possibly even jamming to "Trail Mix" at that very moment.