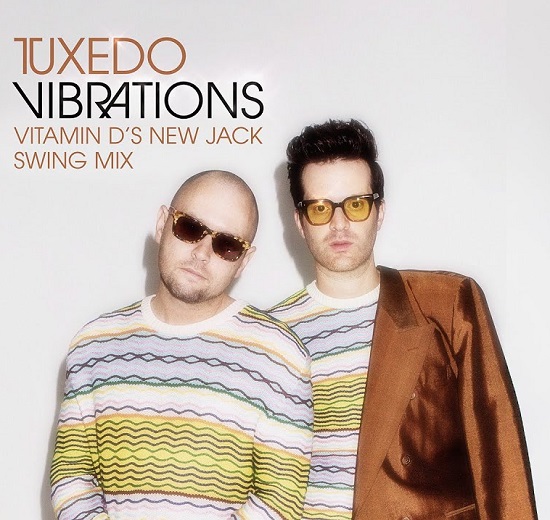 The fellas of Tuxedo are no strangers to throwback sounds. Hell, their whole outfit is based on them revisiting the boogie and funk of the late '70s and early '80s. That's why the idea of taking one of their tracks and flipping it to sound like the New Jack Swing sound of the early '90s is pretty genius. Producer Vitamin D does just that with a remix of their Tuxedo III single "Vibrations."

Officially dubbed "Vitamin D's New Jack Swing Mix," the new version of the track has all the markings of the era. Bouncing synth bass line? Check. Hard-hitting, boom bap drums? Yep. Vocal samples and an oft-used sample repeated throughout? You got it. The remix sounds so '90s that you'd swear it was wearing parachute pants and rocking Cross Colours. But if you loved the original sound of "Vibrations" — including the vocals provided by Parisalexa — don't worry, as Vitamin D keeps enough of that feel with his update while paying ode to the era of funky fresh jams.

Dust off your dancing shoes — especially if they're British Knights, LA Gears or Reebok Pumps — and get into the 1990s vibes when you press play on "Vibrations" below and then make sure to pick up your own copy of the remix to keep the party going.