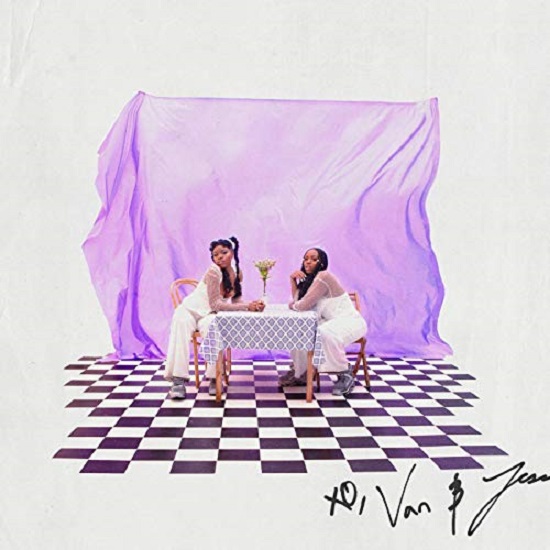 In a recent Intagram post, VanJess proclaimed that they're "going into the next year like 1999 went into the new millennium." The sisters have been known to take musical and fashion cues from the '90s, so we can just imagine them Diddy-bopping into 2020 with confidence and swag befitting their

undeniable talents. However, if there's one thing that musically defined the Nineties, it would have to be "the remix"; thus, the caption was the perfect way for Jessica and Ivana Nwokike to introduce their latest project, Silk Canvas (The Remixes).

As the title suggests, the collection offers alternate versions of selected tracks from the duo's 2018 debut Silk Canvas. Though we didn't know it at the time, they dropped a teaser last week with an unexpected remix of "Cool Off the Rain." Originally an emotional interlude sandwiched between "Addicted" and "Through Enough," the Lophiile production has been expanded and promoted to album opener. The slow-burner also benefits from a guest feature by Ari Lennox. When you mix her shea butter vocals with the sisters' honeyed tones, the end result is a luxurious sound that melts in your ears.

Halfway through the 9-track set, we're treated to another extended take on a Silk Canvas tune. Fans will recognize "In & Out" as the dreamy, closing outro that followed "Rewind the Time." Xavier Omär enhances the update, using his silky voice to offer sincere pleas. His smooth feature is also a way of returning the favor, as VanJess very recently lent vocals to his joint project with Sango, Moments Spent Loving You. Additional newness comes courtesy of a "'Til Morning" remix by Jayvon, who transforms the '90s groove into a club joint, with a quickened tempo, high hats and exaggerated synth. Ironically, the album closes with "Touch the Floor," the Masego-featuring song that served as lead single for the original album. Producers mOma + guy perform a drastic makeover embellished with afrobeats/gqom and electronic effects.

The remainder of the album is comprised of remixes that we've enjoyed at various points this year. These include: the dope "Through Enough REMIX" featuring MNEK; Saba's cool verse on "Honeywheat REMIX;" a pair of "Addicted" flips – "Addicted 2 (Keep Cool Remix)" with Sudanese rapper Bas and the "Dancehall Edit" by Krs. and Jarreau Vandal's tweak of the GoldLink collaboration, "Through Enough." Even though we loved on these reworks in the past, the musical consolidation takes our overall enjoyment to the next level.  While we're excited to see/hear what the Nwokike sisters will bring us in the future, we're quite content to crank up the volume on this project right now.