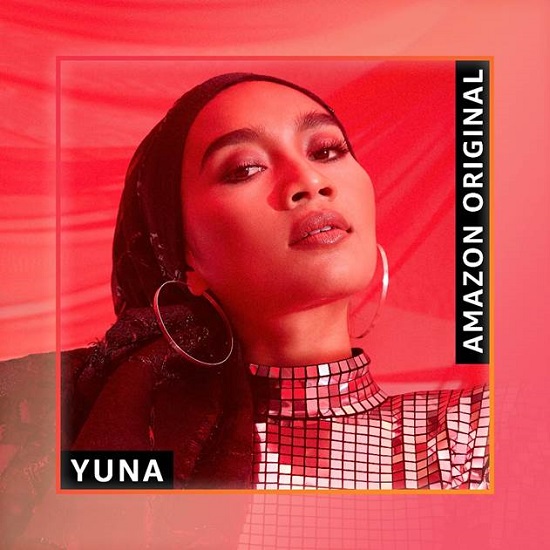 Yuna has had a pretty busy 2019 with the release of her album Rouge, touring and releasing quite a few music videos from the set. Yet somehow the Malaysian singer has found time to pay homage to one of the R&B tracks that helped shape her sound. To celebrate the 25th anniversary of TLC's chart-rocking 1994 single "Creep" (yeah, we feel old, too), Yuna has partnered with the folks at Amazon Music to create an exclusive cover of the track.

Yuna's take on "Creep" moves the key of the song up a bit to match her range but keeps many of the same hallmarks that make the song a classic, including the interpolation of Slick Rick's "Hey Young World" that serves as the song's base. She updates it with her own styling, of course, infusing it with a modern world music vibe that surprisingly works quite well here. Seeing as Yuna is quite the TLC fan, though, her staying true to the song isn't that big of a surprise.

"'Creep' is one of my favorite R&B songs of all time. The story is so different. Even though it’s very risqué, at the same time it’s very real. Like, people go through that sometimes," Yuna said via press release. "I partnered up with Fisticuffs to cover this song. I love it so much so we didn’t change too much of the structure, staying to its true essence since it’s already perfect. I love TLC and grew up listening to them so I hope when T-Boz and Chilli listen to this they’ll like it too."

Yuna's cover of "Creep" is featured on Amazon's R&B Rotation playlist, which is also home to a few select tracks that are currently in heavy rotation as well as other Amazon Music originals. You can give her take a spin and peep a short interview with her about the track's creation when you head below.