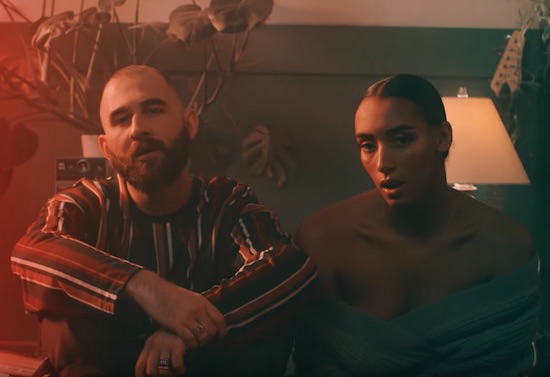 As promised, and in response to popular demand, super-producer Full Crate has dropped the visual for his single “Deeper” featuring singer-songwriter Naomi Sharon. The groovy uptempo track comes on the heels of his sultry ballad featuring The BLK LT$ "The River," and though it serves his signature brand of soul-relaxing vibes, this latest offering kicks the energy up a notch. Longtime fans are happily surprised to hear more and more of Full Crate’s own vocals on his recent releases, and we're certainly here for it. He’s obviously comfortable in this space and even noted on a recent social media post that it “feels so free to sing on songs and not only produce.”

He continues to expand his creative reach and ventured into directing the visuals for his last two singles. For “Deeper,” we transition between frames of celebration and pensive reflection, all set within a classroom. He’s summoned the support of his friends, as the clip is chock full of cameos including producer Jarreau Vandal, Holland’s own DJ Abstract and the lovely Lauren Lewis. The festive visual adds an energizing touch to the introspective track and is a welcomed addition to your "New Year, New Me" playlist.

Watch Full Crate’s “Deeper” featuring Naomi Sharon below, and be sure to add the single to your collection from your favorite digital platform. SoulBouncers in California can grab tickets to catch him live at the Music Box in San Diego on December 27th and should plan ahead to watch him as part of the line-up for Orange County's Overpass Music Festival 2020 in March.