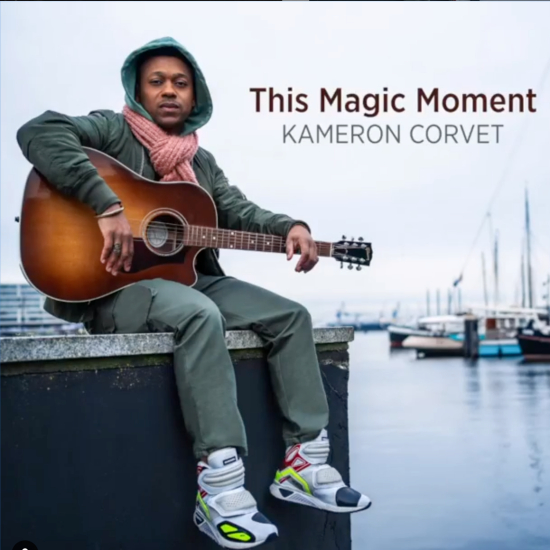 “This Magic Moment” was a hit in the '60s for The Drifters and lead singer Ben E. King. You’re probably familiar with the track from the numerous covers over the years, not to mention the song being used to sell everything from computers to ice cream. You might say, the song has become so commonplace that it’s lost a bit of its magic. But singer-songwriter Kameron Corvet brings a little flavor back to "This Magic Moment" with an acoustic version of the ballad. His cover restores some of the magic to the track by making it less of a sweeping epic but a more intimate moment with that special certain someone.

Somewhat like Chantay Savage’s remake of “I Will Survive,” Corvet’s slowed down, guitar-led rendition of "This Magic Moment" captures a different vibe but feels just as fitting. And although he doesn’t have The Drifters to back him up, his own harmonies hit all the right notes.

While we’re looking forward to what Kameron has in store for 2020, we have to say we’re already impressed by what he achieved this past decade in his career. Now he’s sharing one last music moment to carry us into a new year and another decade.