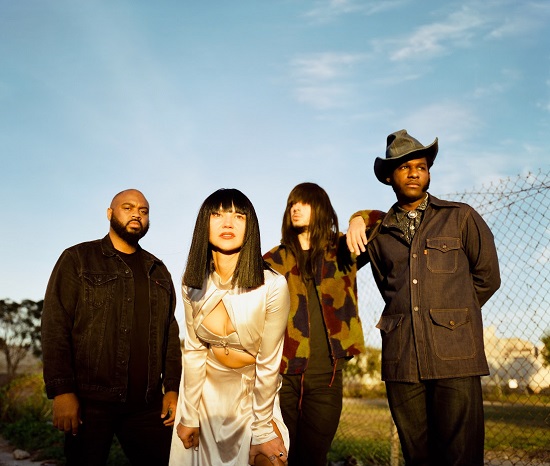 If we've said it once, we've said it a thousand times: Texas got soul, y'all! Besides the obvious reigning queen of music, the Lone Star State is home to many of soul music's legendary creators and members of the genre's current innovators. That includes new school innovators Khruangbin and Leon Bridges. The two acts, who hail from Houston and Fort Worth respectively, have joined forces to pay respect to their native land on their upcoming joint EP Texas Sun. They're also giving us a first listen to the EP's title track.

"Texas Sun" is a country-tinged soul number that sounds right in Leon Bridges' wheelhouse. The track is built on the back of twangy guitar that might remind of the melodies of fellow Texan Willie Nelson. A warm bass and Leon's vocal reel it towards soul though as he takes us on a musical tour of the state. The lyrics suggest a road trip of sorts as the singer invites us to hit the highway until the sun goes down. Meanwhile, the almost ghostly backing vocals — complete with haunting "oohs" — and musical arrangement by Khruangbin evoke a feeling of the past that lingers throughout the track. One can almost see and feel the warm glow of the sun as they listen, which is exactly what's meant to happen.

The Texas Sun EP promises more of where this came from. Consisting of four tracks, Khruangbin and Leon Bridges hope look to bring a musical love letter to the land that raised them while capturing Texas' essence in musical form. The EP is set to arrive on February 7, 2020, but you can pre-order it now.