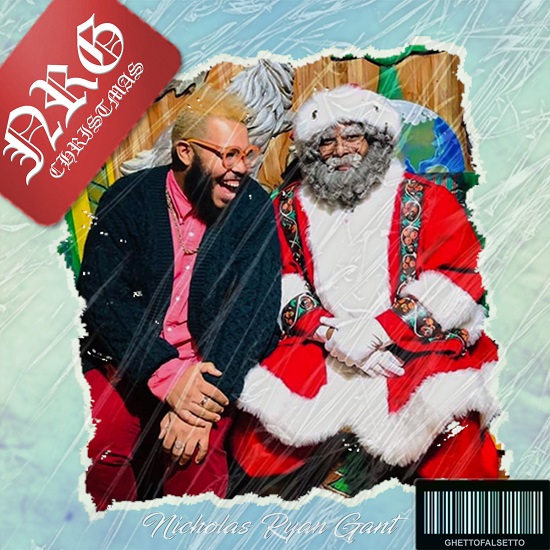 In just over a week Christmas will be upon us. We've already been bombarded by songs old, new and unnecessary this holiday season at every imaginable turn, it seems. It's enough to make even the most cheerful among us say "bah humbug." But don't turn into the Grinch just yet. Our guy Nicholas Ryan Gant has thrown his hat into the holiday music ring with his brand-new EP NRG Christmas.

The set is the result of a sudden moment of inspiration that found the musician recreating some of his Christmas favorites. He approached it in a similar fashion to his viral a cappella videos, replacing instruments with his own impeccably layered vocals that could give Pentatonix a run for their money. Six Christmas classics were selected for the set — "Welcome Christmas," "Christmas Don't Be Late," "Carol Of The Bells," "Christmas Time Is Here," "The Echo Carol" and "Silent Night" (The Temptations version, of course). Nicholas gives each one attention and care, with many of the cuts capturing the joyful feeling of the season. "Christmas Don't Be Late" is a particular standout, not just because he captures the childlike glee of waking up to presents and family on Christmas morning. He also adds his own family anecdotes into the mix, making it a window into his own childhood. Meanwhile, "Carol Of The Bells" and "The Echo Carol" reflect the singer's beginnings as part of the Phoenix Boys Choir.

While some folks can be pretty grinchy this time of year [ed. note: It's me. I'm some folks], Nicholas Ryan Gant's NRG Christmas is more than enough to remind us of the magic of the season. Listen below and pick up your own copy via Bandcamp.