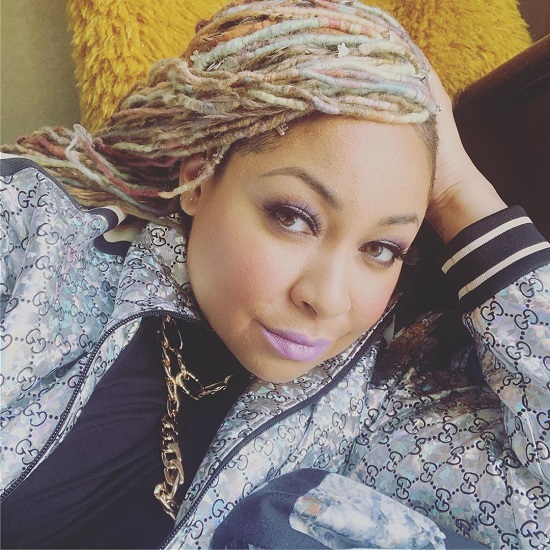 We don't know if you've noticed but former child star Raven-Symoné is having a bit of a resurgence. It started with the runaway success of her Disney Channel reboot/sequel Raven's Home and continued this year with her unexpected stint as the Black Widow on this season of The Masked Singer. Raven's also spent some time reviving her music career on the low. She recently spent some time with friends (and a friggin' music legend) to create her new four-song EP 33000.

33000 sees Raven-Symoné connecting with singer-songwriter Austin Brown and crew (including producers Tommy Parker, AJ Jenkins and Brian London) to create spacy vibes that tap into the mellower side of modern R&B. To that effect, there are possible hints of getting lifted ("Microdosing") and definite signs of millennial angst ("Undecided") woven throughout the set. It's almost difficult to tell it's Raven doing the singing, especially since most of the music we've gotten from her was during the height of her Disney days. However, the more mature sound works for her. This is especially true of the aptly titled "Weird Day," which perfectly captures those hazy days where something doesn't quite feel all the way right. By the way, the delectable bass line here (and all others on the album) is courtesy of Earth, Wind & Fire's Verdine White (told you she was working with a legend).

Raven-Symoné's short-yet-sweet 33000 is a perfect reintroduction to an artist we all thought we already knew. We have a feeling this isn't the last glimpse we'll get of her next phase and we're excited to hear and see more.