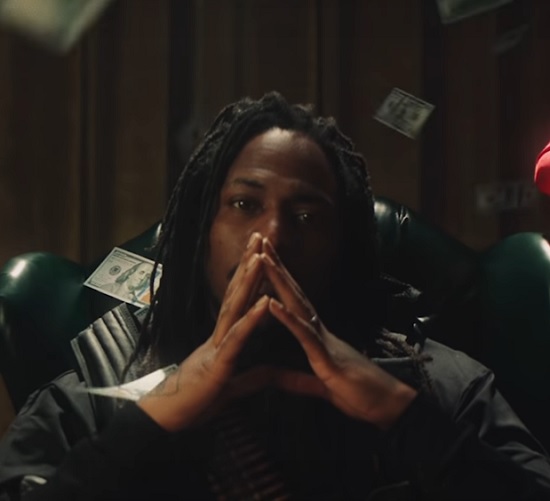 At this rate, it looks like SiR is going to drop a video for every track from Chasing Summer. He's already given three clips already: "Hair Down," 'That's Why I Love You" and "New Sky." He's now back with a fourth visual and, surprisingly, it's not for his buzzy track "John Redcorn." Instead, he joins forces with TDE labelmate Zacari to make a cinematic visual for sleeper track "Mood."

The crooner looks to action flicks like Rambo as inspiration for the clip. However, he flips the script by casting Zacari as "The Good Guy" and himself as "The Bad Guy." One look at the rest of the video and you'll see why. While Zacari is crawling through foxholes and sweating in the jungle, SiR serves as commander-in-chief of an army of lethal beauties. They flank him in almost every shot as they train to be down for whatever happens. They seem to be as deadly as they are beautiful though we don't actually get to see them in action (the video's quite short on anything resembling a plot). By the clip's end, it's also revealed that we were actually just lost in SiR's dream after he fell asleep watching a movie. Womp. Still, the video is absolutely gorgeous to watch and a pretty creative endeavor nonetheless.

With 10 more songs left on Chasing Summer, SiR might have his work cut out for him if he does plan on making a visual for every track on the album. But if he's feeling extra motivated to do so, who are we not to watch?