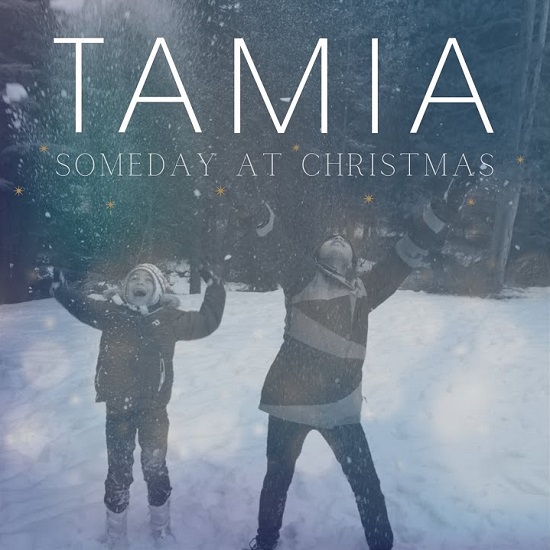 It may be Christmas time, but the world right now feels very "bah humbug." Politically, our leaders are infighting to the point of ridiculousness. Environmentally, climate change is being ignored, leaving future generations to pick up the tab. And we won't even comment on the madness going on in regard to racial tensions. But there's still hope to be found. Tamia speaks to that by offering a cover of Stevie Wonder's hopeful 1967 classic "Someday At Christmas" to brighten up the holiday season.

The song is a rare holiday track that looks beyond the usual trappings of snow, mistletoe, presents and all the usual holly jollies. Instead, it hopes for a better world where there's peace, joy and true universal love for our fellow man. Tamia taps into that with an earnestness and urgency on her cover. A moving musical arrangement full of quiet instrumentation and finger snaps sets the backdrop as she sings of a better world where we'll all come together as one. The sentiment is already pretty strong with Tamia's vocal by itself, but then she goes and adds a choir of children to bring the message home and tug at our heartstrings. If this doesn't make you want peace on Earth and good will toward man, we don't know what to tell you.

If you like your holiday music with a little more substance, then Tamia's take on "Someday At Christmas" should be just the musical gift for you. You can stream it in full right here and pick it up at all digital retailers right now.