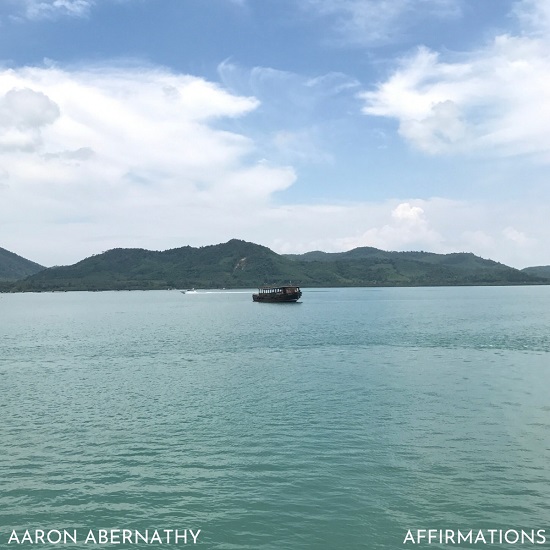 It's the beginning of the year, so, of course, everyone is on their "new year, new me" kick. And who are we to begrudge anyone trying to better themselves as we begin a new decade? In fact, we'd like to give you a helping hand by hipping you to Aaron Abernathy's newest release Affirmations.

Affirmations isn't the typical release you'd expect from Mr. Abernathy. Instead of his usual soul and R&B, the album is a collection of meditations that you can listen to start your day off with a bit of peace and positivity.

"Back in September I started a new personal journey after a friend challenged me to meditate daily to master my thoughts," Aaron shared on Instagram. "I wrote out and recorded my first affirmation speaking to myself and listened and meditated on it every morning as a part of the meditation portion of my miracle morning which also includes: reading, prayer, journaling, visualization, affirmations [and] exercise."

Soon enough, Aaron was urged by friends to share the recordings and was told that the initially personal affirmations were things they could listen to every day. After more prodding by his friends, Aaron decided to send the recordings to be mixed and mastered in order to share them with the world at large.

The set includes five daily meditations: "Wholeness and Self-Worth," "Peace and Love," "Self-Worth and Confidence," "Trust and Obedience" and "Belief and Faith." In addition to those selections, which feature Aaron speaking affirmations, he also offers up the instrumentals for the tracks in order for you to add your own words or mantras.

According to reports, meditation can reduce stress, control anxiety, lengthen attention span and even help in the reduction in age-related memory loss. So this is an extra special gift that Aaron Abernathy has given us all.

Ending his message on Instagram, Aaron wrote, "I hope that it blesses you like it’s blessed me." We have a feeling that Affirmations most certainly will.