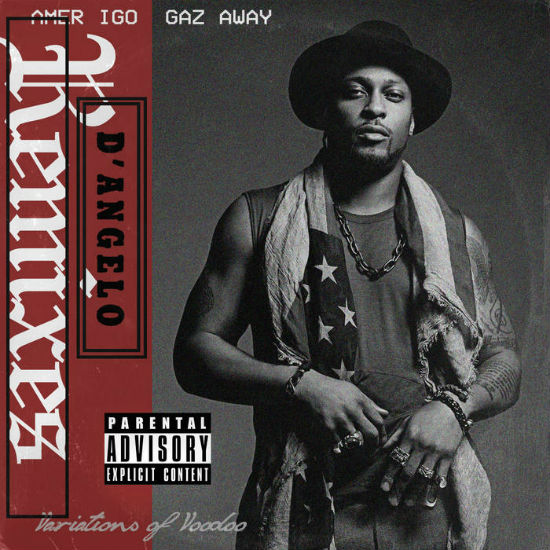 It's hard to believe it’s been 20 years since singer/songwriter/multi-instrumentalist D’Angelo dropped his sophomore studio album, Voodoo. Fans of the seemingly reclusive Renaissance man and Richmond, VA-native will remember how the five-year wait for the follow-up to his classic debut Brown Sugar was filled with both frustration and frenzy, as a number of rumored release dates came and went. When it finally dropped in January of 2000, it's safe to say the project was met with mixed reviews with both the masses and music purists offering their take on the long-awaited release. Still, whether it was the album’s masterful musicianship or D’Angelo chiseled abs in the accompanying “Untitled (How Does It Feel)” video, the project earned him two GRAMMY awards in 2001 and countless accolades including a spot on Rolling Stone’s list of “The 500 Greatest Albums of All Time” in both 2003 and 2012.

In celebration of  Voodoo’s 20th anniversary, producer and DJ Amerigo Gazaway offered his take on a few of the tracks from the classic album. His Variations of Voodoo: A Tribute to D’Angelo EP is a collection of several of his favorite songs reimagined using live instruments and samples. Known for his knack for creating mashups of multiple genres and combining hits from both the past and the present, the result of this ambitious undertaking is as much of a tribute to D’Angelo’s greatness as it is a testament of Amerigo’s brilliant musical ear. Case in point, only someone who shines outside of any confines of creativity would think to put a gospel spin on D's 1998 hit “Devil’s Pie.” His decision to slow down “Spanish Joint” just a bit, add a relaxed house-style beat and live keys took both skill and courage, while his acoustic take on “Me and Those Dreamin' Eyes of Mine” highlights the genius of the original’s vocal arrangement. All in all, while nothing comes close to the original, this EP respectfully serves its purpose in celebrating a project that has abidingly stood the test of time.

Give Amerigo Gazaway’s Variations of Voodoo: A Tribute to D’Angelo a spin below and pick up the EP on Bandcamp.