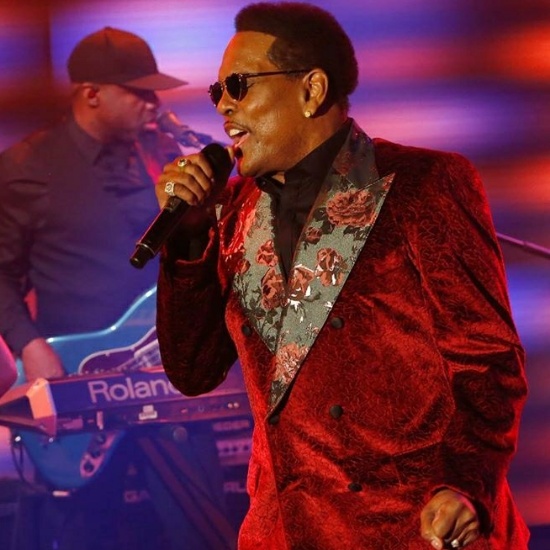 Since his turn-of-the-century career renaissance as a solo artist, Charlie Wilson has remained a fixture on the airwaves and charts – with good reason. Whether collaborating with hip-hop greats or headlining a tour, the soulful legend has managed to stay relevant throughout the ever-changing R&B landscape. For starters, no one sings like Mr. Wilson. No one. But inimitable vocals aside, another reason for his continued success is the knack for partnering with trendsetting producers who are wise enough to "let Uncle Charlie be Uncle Charlie" while working their magic in the background. And what Uncle Charlie does best is sing about love.

This winning formula is at play once again with his latest song "Forever Valentine," a Bruno Mars production that doubles as a sweet love song and a stepper's groove. The single officially dropped two weeks ago, but it made its late-night TV debut on Jimmy Kimmel Live! last night. Flanked by two dancers in flirty red dresses, the sexagenarian looked quite dashing in a suit of red velvet and roses, accessorized with heart-shaped sunglasses. But it wasn't all flash and no substance.  Mr. Wilson sounded "smoother than a fresh jar of Skippy" as he serenaded the audience with the romantic tune.

Peep the performance right here and make plans to see him in concert for the remaining dates of his tour.