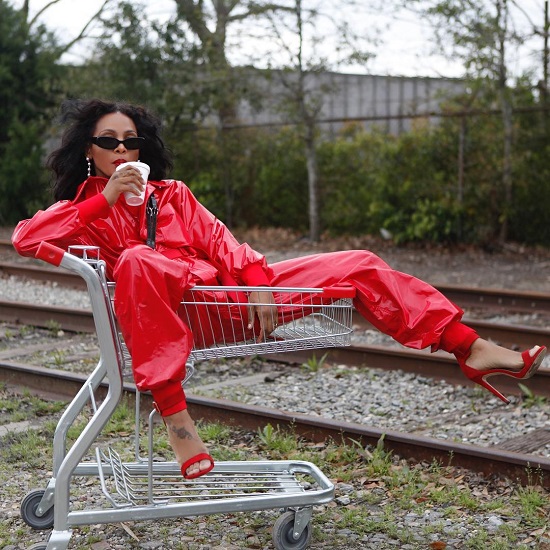 When it comes to eclectic singer-songwriter DAWN, the multi-talent knows how to keep us on our toes. She dropped her genre-defying record new breed at the top of last year to showcase her musical roots with a futuristic edge. Then she switched it up this past November, releasing double single "Slim Thicc/Ay Papi" along with a visual that made our jaws drop. Now DAWN is back and is switching things up with the release of her two newest tracks, "Die Without You" and "Buttah."

The a-side "Die Without You" finds the singer offering an ode of undying love to the man of her dreams. Over a groove that's best described as trap meets R&B meets the soundtrack to a western movie, DAWN proclaims her love earnestly. "Baby you're my lifeline / That's a fact / I don't feel ashamed boy / Statin' facts / We gon' be forever / Know that," she sings on the bridge, expressing a devotion that many folks who have been in love will be familiar with.

She's just as lovey-dovey on "Buttah," though this time around she mines an old-school R&B sound thanks to dreamy guitar and stacked backing vocals that make things sound smooth as silk. Meanwhile, she plays the role of a smitten fool in love as she intimates just how crazy she is about her beau, singing, "We go together like bread and butta / You introducin' me to your mother / You know it's real when I'm kickin' it with your father / Your love got me feelin' like a teenager."

It looks like DAWN has a lot more coming for us in 2020. "This series of singles marks the start of a new era, new breed was the introduction to my roots," she said in a statement. "This era dives in each to each cultural influence specifically, highlighting all the pop influences I’ve experienced with cultural flare." We're looking forward to whatever comes next in her musical journey.

Give both "Die Without You" and "Buttah" a spin right here. After you're done, pick up the singles from your digital retailer of choice.