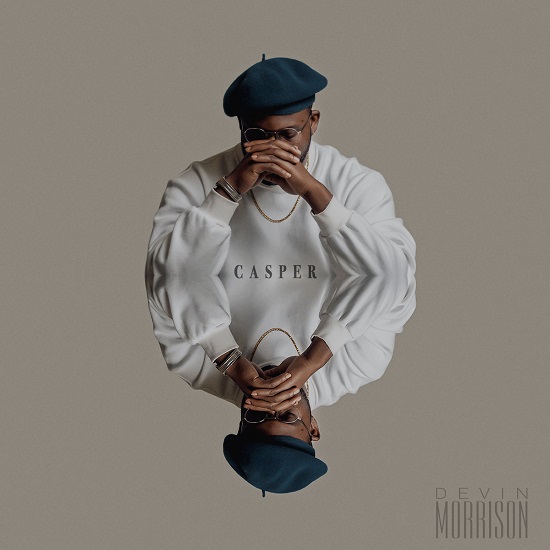 Devin Morrison got us absolutely open when he dropped his debut album Bussin' last spring. His take on R&B, which mixed an early '90s flavor with a modern style, immediately impressed us on first listen — and led to many subsequent listens after the fact. Though we weren't expecting anything new from the singer-songwriter, he pleasantly surprises us with the release of his latest single "Casper."

If the title isn't a clue for you, the song is about ghosting, though not in the way that one would think. Devin uses the track to express his weariness with the current state of the constantly plugged-in society that we live in. "I have one too many friends / Hard for me to count them on my hands," he sings so sweetly to the sounds of snaps and warm bass at the song's start. Later, though, he threatens to delete his socials if he has to make another "Instafriend" and even contemplates getting rid of his phone in the quest for some alone time and simple privacy. And, honestly, who hasn't felt that way at some point?

The simple production of the song — which keeps the snaps and bass and adds backing harmonies and an 808 thump — allows the listener to listen and empathize with the lyrics. Then, just as the song is about to close, he switches things up by incorporating organ chords that inject the song with a gospel feel that showcases his own musical roots.

Though it might be about going ghost, "Casper" is a track that makes us hope that there's more to come from Devin Morrison as 2020 rolls along. Take a listen to his latest when you press play and make sure to pick up your own copy of the track via Bandcamp.