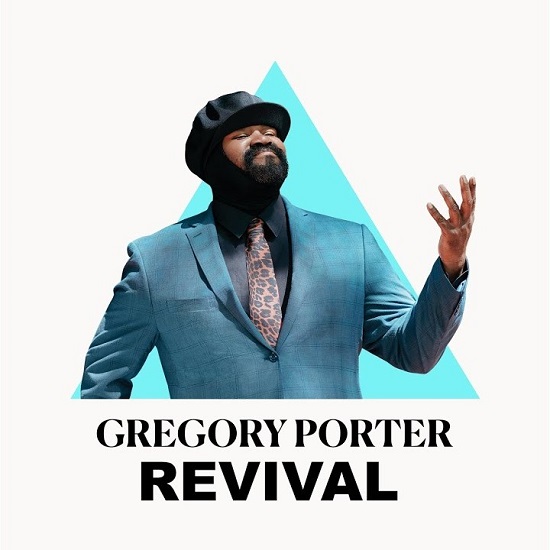 When Gregory Porter announced a 2020 co-headlining tour with Ledisi, we purchased tickets without hesitation. Anyone who's heard the incredible singer in concert knows that he puts on an unforgettable show. But now we have another reason to shout, as he just announced that his sixth studio album, All Rise, will premiere on April 17th. In anticipation of the new project – which boasts a handpicked horn section, a 10-member choir and the London Symphony Orchestra Strings – Porter has released a powerful lead single entitled "Revival," along with incisive visuals.

The uplifting anthem, co-written with All Rise producer Troy Miller, is a perfect soundtrack for those that want to make positive changes in the new year. Porter embraces his church roots (his mother was a minister) and delivers a rousing gospel tune. But the song isn't just for the saints, as he explains, "It’s both heavenly and earthly. You don’t have to be a believer to understand revival and renewal, starting all over again afresh. For me, it’s the message of walking into this life and having some fear and some self-doubt, and at the point that you grab onto something that you know is real, the truth. Once you can grab onto the truth then this fearlessness comes."

Directed by Douglas Bernardt, the striking video follows a young man (played by dancer Jemoni Powe) as he transitions from feelings of fear and doubt – depicted as he literally shrinks after watching footage of the L.A. Riots – to become courageous and emboldened as his sense of self-worth allows him to grow, literally and figuratively. Porter hones in on the visual message, saying, "There are so many things in life that can get you down and make you feel small, whether it be racism, self-doubt, insecurity or financial situations. It’s about finding your source of strength to bring you back to seeing who you truly are so that you can be restored to the giant that you are."

Download "Revival" for a spirited introduction to All Rise (currently available for pre-order). In addition to the new single, the artist has also announced additional dates for his tour schedule. Visit his website for details after getting your daily dose of encouragement below.