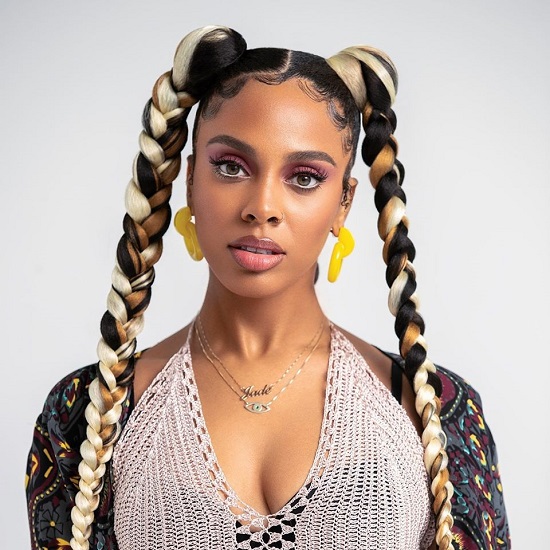 Talented songbird and funny lady Jade Novah wowed with her debut set All Blue back in 2018. Now that 2020 has arrived, it looks like the star has a few more musical tricks up her sleeve. But before she gets in her bag for the year, she's trying to pull up with her latest single, "Somebody Son."

The song's title should sound familiar if you've been paying attention to meme culture. However, Jade's not playing around when it comes to meeting up with somebody's son for a little loving. The track starts out with a dreamy guitar riff before a slick bassline and drums that give the song an occasional knock kick into gear. Meanwhile, sweet-voiced Jade gets pretty direct. "I'm tryna push up on somebody son / Baby, you could be the perfect one," she sings on the chorus. "I'm tryna kick it with somebody son / Maybe you could be the one." It all sounds so good, we don't know how anyone's son could refuse her advances.

In addition to a new single, Jade has also announced her Stages Tour, which will kick off this March. The tour will see the singer hitting major cities like San Francisco, Philadelphia, New York, Chicago, New Orleans, Dallas, Atlanta and so many more. Tickets for the trek are on sale now and can be purchased through her website.

Before you rush over to her website, though, listen to Jade Novah get fresh on "Somebody Son" and then stick around to peep the official flyer for her Stages Tour, which features each date and venue she'll be hitting while on the road. 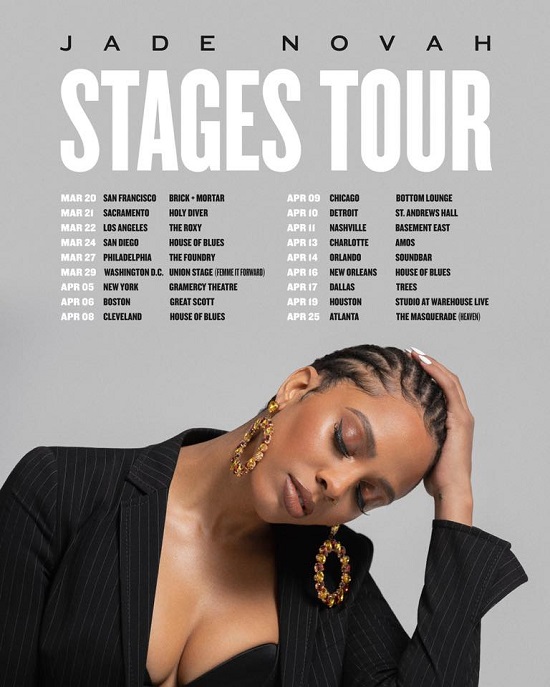 TAGS:  audio, Jade Novah
Previous: We’re Not ‘Mad At’ Kiana Ledé Next: Jessie Reyez Shares New Singles ‘No Sweat’ & ‘Love In The Dark’ Ahead Of Debut Album ‘Before Love Came To Kill Us’