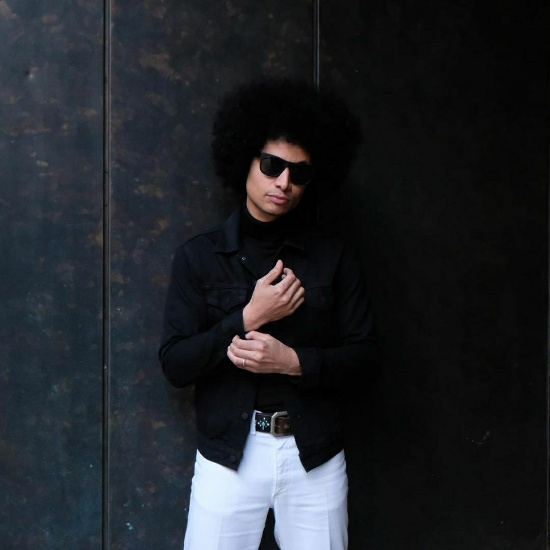 Singer José James has been soothing our souls with his smooth vocals since first bursting onto the scene a decade ago. Since then, he's stepped beyond his initial jazz roots, injecting his music with influences from soul, pop and more. He returns with a new song, "You Know What It Do," that pays homage to the late great Prince and the Minneapolis Funk that influenced him as a kid.

On the uptempo and playful track, James delivers a classic soul sound that is sure to draw comparisons to the early days of Motown and follows up on the throwback vibes from his last song, "Turn Me Up" featuring Aloe Blacc. "You Know What It Do" ushers in a new era for the singer-songwriter who recently launched his own label, Rainbow Blonde Records. First up for the label will James' new album, No Beginning No End 2, which is due out March 6th. For his new project, he enlisted the talents of Laura Mvula, Christian Scott aTunde Adjuah, Ledisi, Lizz Wright and more.

The album serves as a sequel to James' 2013 album No Beginning No End and was conceptualized following his last tour. "I wrote a thing on Instagram saying I was thinking about No Beginning No End 2 and people went insane," he said in a statement. "They wrote thousands of comments about how the first one changed their life. I don't sit around and think 'my work is so important' so that was kinda nice."
To promote the album, James will head back out on the road for a mini-tour that is set to kick-off in Tokyo next month before wrapping up in his Minneapolis hometown. Check the tour dates below to see if he will be bringing his silky voice to a city near you and be sure to give his latest a spin.


TAGS:  aloe blacc, audio, christian scott atunde adjuah, jose james, Laura Mvula, ledisi, lizz wright, prince
Previous: Will Smith & Jimmy Fallon Hip You To The History Of Will Smith On ‘The Tonight Show’ Next: DMV Bouncers: Toast It Up To The 25th Anniversary Of 2Pac’s ‘Me Against The World’ At ‘Wine Against The World’