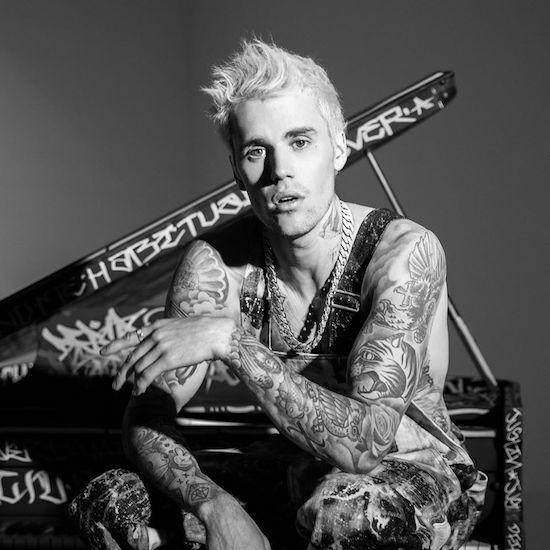 Ring the alarm! Justin Bieber is back, and this time it’s not with a dry non-apology. Instead, he returns with the first single to his first album in almost five years. His last album, 2015’s Purpose, which many said was reminiscent of Chris Brown’s sound, was a global sensation. Already using a style of R&B close to that of most boy bands, Justin took things even further on Purpose, and to great acclaim. He seems to be continuing in that vein with “Yummy” and what he’s calling his “R&Bieber” era of music, which will reflect where he’s at now in his life. But, strangely, “Yummy” feels more like a step back than a step forward.

Produced by Kid Culture, “Yummy” finds Justin describing just how sweet his girl’s loving is over a modern trap&B groove. While the track itself isn't bad, the saccharine sweet and monotonous chorus of Biebs singing “yummy” repeatedly doesn’t quite land as sweetly as soft serve in a waffle cone. It just comes off as a bit of a bubblegum pop step back for the teen star who’s grown up, gotten married and checked off all the boxes of other things you’re supposed to do as a teen heartthrob growing up in the spotlight. (Fake apology for racist comments notwithstanding.)

Along with sharing the new track, the Biebs is doing a 10-part docu-series, Justin Bieber: Seasons, that will chronicle the last four years of his life, and all the growth that’s not reflected in his new single. He’s shared a trailer for series that will premiere on YouTube on January 27th.

You can expect to get more “Yummy” goodness from Justin Bieber as he prepares the full rollout for his new album. In fact, the official music video is premiering tomorrow. Hopefully, that will be enough to give the track a bit of lift.