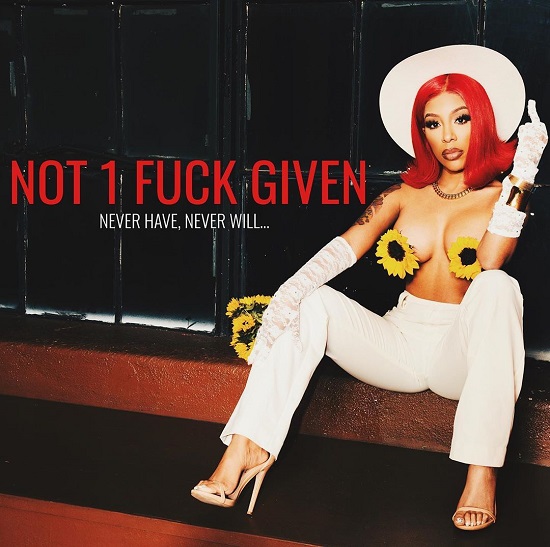 K. Michelle made a mark in 2019 when she dropped her singles "Supahood" and "The Rain" in advance of her upcoming album All Monsters Are Human. 2020 looks to be even bigger as she prepares to release the album at the end of this month. But before she does that, she's dropping off her mixtape Not 1 F**k Given as an appetizer for what she's got in store.

Not 1 F**k Given, which picks up after her two previous mixtapes 0 F**ks Given and Still No F**ks Given, features the same formula in which the singer reworks some of her favorite tracks while infusing it with her own life and sensibilities. There are a few tracks you'll definitely recognize — including a take on Ella Mai's "Trip" (renamed "Tripping" here), a rework of Cardi B's "Money" and a confessional take on R. Kelly's "Heaven I Need A Hug" — while some lean into K. Michelle's love of country. But if you're a fan of K. Michelle, her unique musical view is still on display despite her putting her voice to other's music. She delves into her own life frequently, revealing her struggles with getting pregnant and the doubts that come along with that on "Heaven I Need A Hug." Meanwhile, she reinforces her boss b***h mentality throughout, flexing her prowess in and out of the bedroom and calling out anyone who would dare test her.

You can give Not 1 F**k Given a spin right here courtesy of DatPiff. As for All Monsters Are Human, you can look for her newest album to arrive at retailers on January 31st.