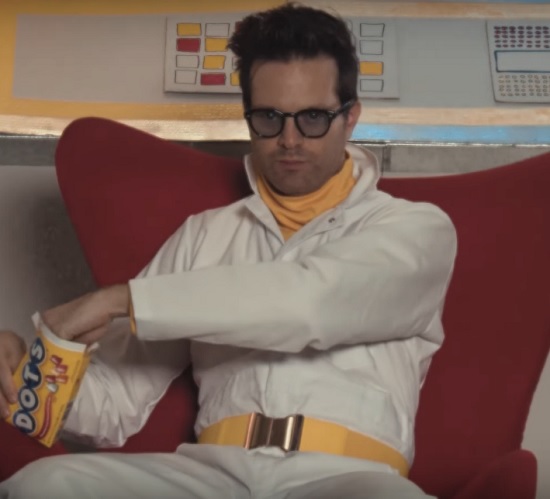 We've got to hand it to Mayer Hawthorne. Most folks with his kind of workload would be content with just having one album and a couple singles. Not him, though. On top of dropping Tuxedo III with his homie Jake One, he's released four solo singles — "The Game," "The Great Divide," "Over" and "Healing." Each of those tracks except for "Healing" also came with a video shortly after their release. Mayer rectifies that oversight now, however, by dropping off a retro-leaning clip for the track that also shows off his love for space.

The singer-songwriter lives out his childhood Star Trek fantasies in the visual for "Healing." He plays a Captain Kirk-esque space commander in the video as he pilots a space ship and even battles some space invaders. Everything here is tongue-in-cheek, of course. The ships are obviously cardboard constructions and the space-age tech is nothing but LED lights and the clever use of green screen. He makes it all work with a spirit of fun and his never-dying boyish charm (not to mention his ability to not take things so seriously).

At this point, we don't know if we're getting a new Mayer Hawthorne solo set or if he's just happy to be releasing music as a newly indie artist. And, honestly, we don't care either way. As long as he keeps putting out quality tracks and increasingly creative visuals, we'll always be here for some newness from Mayer. Strap yourself in and travel to Mayer's galaxy of quirkiness when you press play and make sure to get yourself a copy of "Healing" for your own collection.