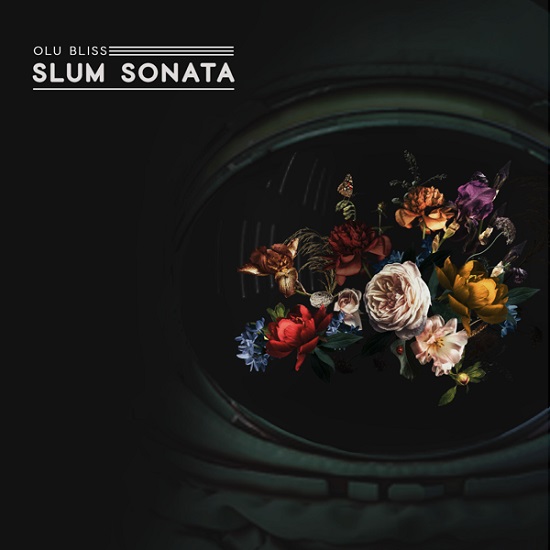 Olu Bliss has spent the past few years carving out a space for himself in the independent music scene. The Nigerian-born, Brooklyn-based singer/songwriter offers a diverse, soulful sound infused with elements of afro-beat, jazz, alternative rock, pop and R&B. While he's not a mainstream performer, he's been generating buzz thanks to previous EPs like 2016's Traveling Bliss and its subsequent Remixes companion project. Bliss has also remained visible thanks to his other creative endeavors like hosting the Bliss House Sessions –his joint venture with Airbnb that serves as a unique, interactive concert series– and Ijo Mundo, the creative collective that he co-founded, known for their one-of-a-kind party experiences.

As you can see, Olu is not an idle man. Even with all that he has going on, what the artist is most excited about is sharing his newest project, Slum Sonata. In his own words, he explains that the EP is "a self-reflective, intimate musical composition with 4 movements that drift through the personal discovery of self-worth. A journey of overcoming misery, pain, self-doubt and anxiety, ending with an optimistic discovery of the power within."

Slum Sonata opens with "WildFire," a warm, soothing melody produced by Jay James. The sparse ballad allows us to experience the strength and tenderness of Olu's vocals. Next up is "Cold Cry," a CRL CRRLL production that the singer describes as "an emotional overture recounting a painful and final conversation with an on-again, off-again lover." Produced by Kan-G, "Mercury's Refrain" is an infectious, downtempo groove underscored by the contemplative strains of an acoustic guitar. Ohio producer/artist Lege Kale lends his talents to the introspective album closer "Crown (inside)," where Olu takes the listener on a journey of self-discovery and love.

At barely 14 minutes long, Slum Sonata still manages to leave a lasting impression. Keep up with Olu Bliss on Facebook, Instagram and Twitter for updates on the project's forthcoming counterpart, Sun Sonata.