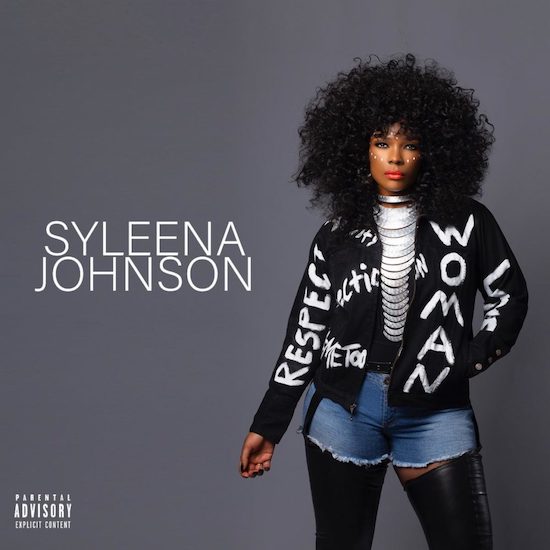 Syleena Johnson continues to prove that she can do it all. In the midst of co-hosting the syndicated talk show Sister Circle, the singer also continued on her fitness journey, dropping 50 pounds and ultimately showing it off by competing in her first fitness competition this past December. Even with juggling all of these things, combined with being a busy mom, she still found the time to commit to her first love — music — and showcases her passion for the art form with her tenth studio album, Woman.

After releasing the album's title track and its follow-up, "Freelance Lover," last year, Johnson delivers on her first studio album since 2017's Rebirth of Soul. As a running theme with her music, Johnson utilizes her voice to empower and inspire women to want the best for themselves and demand it while also celebrating being loved. Nowhere is that more evident than on songs like "I Deserve More" where we find her kicking a wayward lover to the curb and making it an easy shoo-in as the new anthem for fed-up women everywhere. "I don't deserve a man who sells me hella dreams / Promise me the whole damned world, but never give me anything," she sings passionately.

On the flip-side, Johnson knows the power in a healthy, reciprocated relationship as indicated in songs like "Mountains," where she pays tribute to her love while thanking him for loving her and supporting her through the years, acknowledging it's the type of love that keeps her going. Her powerful voice creates a sense of urgency that permeates throughout Woman, emphasizing every emotion that spills from her lips. She reigns it in though, showcasing a restrained tenderness on songs like the gorgeous "Home" featuring Q Parker. Here, both go back-and-forth in an attempt to convince the other that it's OK to let their guards down. "Frontline" finds her teaming up with Raheem DeVaughn where both lay it all on the line in the name of love.

For her tenth time around, Johnson delivers an album that remains true to herself while also remaining fresh in a game that can easily get stale. With that type of staying power and the message behind her, Johnson delivers the well-rounded message that every woman needs.