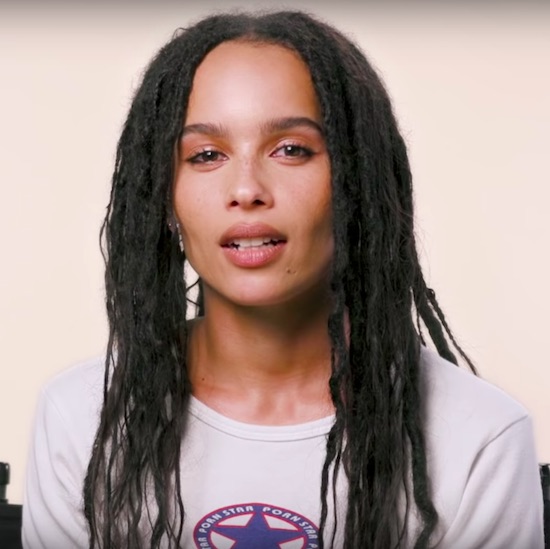 It's been quite some time since Zoë Kravitz and her band LOLAWOLF have released any music. That's likely due to the fact that Kravitz's schedule has been full thanks to her busy filming schedule, which includes HBO's Big Little Lies and the upcoming High Fidelity series on Hulu. However, the actress took time out of her busy schedule to play ELLE's popular "Song Association" game.

In the game, ELLE gives Kravitz a word and she has 10 seconds to think of a song that contains said word. Naturally, the offspring of Lenny Kravitz and Lisa Bonet flexes her broad musical knowledge as she called upon songs by the likes of Prince, The Platters, Kanye West, Minnie Riperton, Jimi Hendrix, Sir Mix-A-Lot, Radiohead and more.

Even with her extensive repertoire, she still proves that thinking of songs off-the-dome is harder than it seems. Words like "five" and "drink" prove her undoing, leaving her with an end score of 13/15. Check out the clip below as Kravitz tests her music memory in this fun segment.