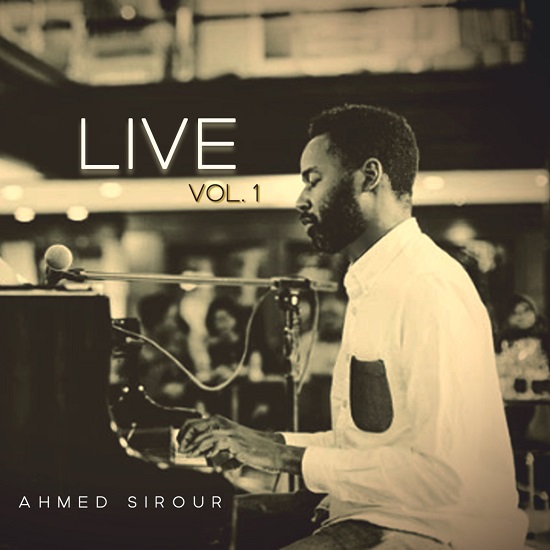 Ahmed Sirour reached out to his fans a few months ago with a vow that new music would be coming soon. Since then, he's been true to his word, dropping Instrumentals Vol. IV: Beats & Music last August and delivering Bounce-Worthy exclusive content via Bandcamp's Backstage AccessPass. After recently sharing "T.R.O.Y./They Reminisce Over Y'all," a touching Pete Rock & CL Smooth remix tribute to Kobe Bryant and his daughter Gianna, Mr. Sirour continues his streak of monthly newness by offering a special curated set from his vault entitled LIVE Vol. 1.

The album features recordings of select performances (some over a decade old), previously unreleased to the general public. The Brooklyn-bred Afronomadic musician explains, "These are performances from some of my world travels, and some were just random/improvised moments while others were planned & rehearsed; but even for the planned shows, I usually left room open for one set for completely unrehearsed, freestyled sessions to just let the true spirit of improvisation take over!"

LIVE Vol. 1 could almost be viewed as a more literal interpretation of 2018's Follow the M.A.P. with the artist taking us on a melodic tour of London, Barcelona, Tokyo, Kuala Lumpur, Paris and Jakarta. What's even better is that thanks to Sirour's own editing, mixing and mastering, we feel as if we're right there in the audience at each location.

The inclusiveness is felt from the very first track as we get caught up in the funky sway of "Ahmed's Live Experiment Theme." The live version of "Slow and Steady" (from The After 2AM Sessions LP) becomes even more enticing after Ahmed reveals the song's true inspiration. A Tokyo jam session with Katsuya and N'Dea Davenport yields a standout tribute to A Tribe Called Quest on"Find a Way." Other album highlights include an infectious and unconventional improv called "Wine Glass Groove," and a bonus track recording of "Summertime" featuring SoulBounce fam Kenny Wesley slaying the vocals of this jazzy update. Additionally, Natasya Elvira offers her own lovely rendition of the Gershwin classic in a second album bonus.

Perhaps the greatest benefit of listening to LIVE Vol. 1 is the opportunity to "witness" Ahmed's artistic skill in its truest form, unfiltered and unencumbered by studio walls.  Visit Bandcamp to download your copy of LIVE Vol. 1, then sign-up for Sirour's Backstage AccessPass for bonus content and a steady stream of good vibes.