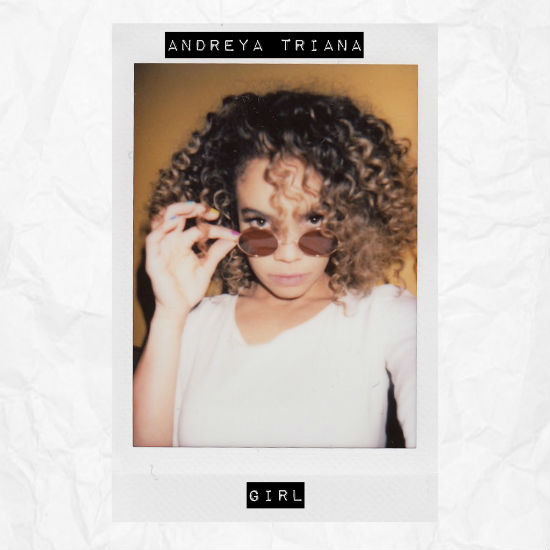 As she continues to tease her forthcoming Covers EP, UK songstress Andreya Triana offers her take on a signature track from The Internet. For her stripped down rendition of “Girl,” Andreya teamed up once again with Swiss DJ/producer/filmmaker Pablo Nouvelle and shifted the focus to her pristine, passionate vocals. She says her rework of the track “definitely feels like going back to my roots.” She explains, “I decided to really strip back the instrumental and recreate the majority of it using vocals and whatever other crazy sounds came into my head... I bloody LOVE the outcome!”

This latest offering comes on the heels of her striking covers of "By Your Side" by transcendent goddess Sade and "(Simply) The Best" by the legendary Tina Turner as part of the rollout for her upcoming EP. Though fans are likely bubbling over with excitement with the release of this powerful trio of singles, there’s still no word on when the full project will actually drop. In the meantime, folks can enjoy the DIY video that accompanies her most recent release. “The images captured really moved me and reflected on my roots and heritage, centered around the Black Madonna,” she says of the visual.

Give Andreya Triana’s remake of The Internet’s “Girl” a spin below, and stick around to check out the video as well. SoulBouncers across the pond can still grab tickets to catch her live on tour across the UK. The tour will hit five cities including London, Bristol, Leeds and Canterbury and kicks off in Brighton on March 4th.