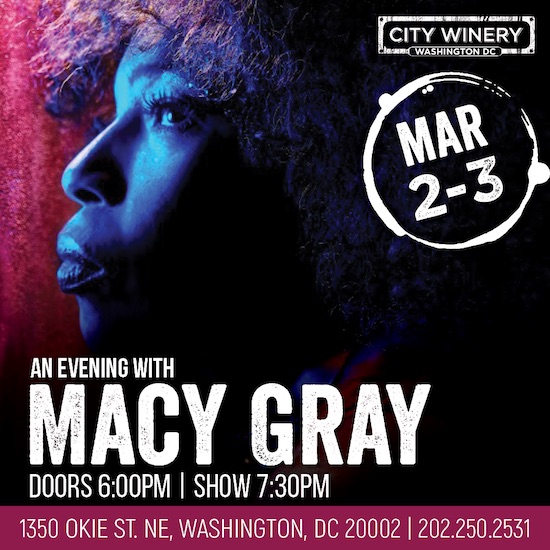 It's been 21 years since Macy Gray made a big splash with her debut album, On How Life Is. The GRAMMY winner is still making waves, releasing her most recent album, Ruby, in 2018. That project marked her tenth studio album, proving that she's had a lot to say over the years. Fans in the DMV area will get to hear and see her for themselves when she begins March with a two-night run at City Winery Washington DC. Macy will appear live at CWDC starting with a show on Monday, March 2nd with her second show on Tuesday, March 3rd.

Tickets to attend An Evening with Macy Gray are on sale now at City Winery Washington DC's box office as well as online on the website for both shows and meet and greet packages. Our peeps at City Winery have kindly given us a pair of tickets to give away to Macy's concert on Tuesday, March 3rd. Any DMV Bouncers who'd like to win these tickets are encouraged to enter on the next page. 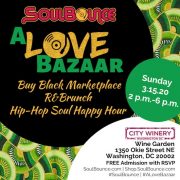