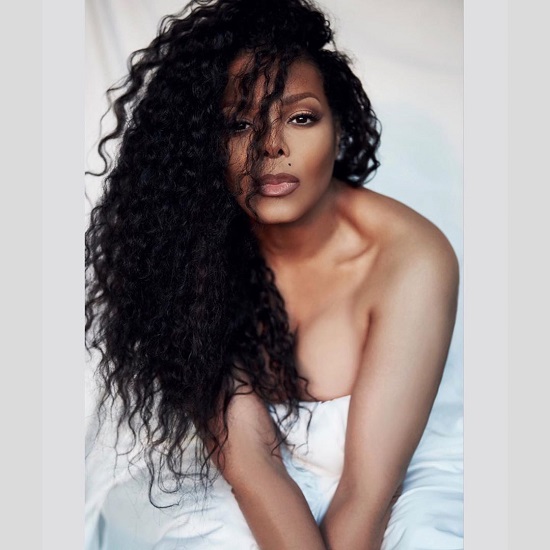 By now, you already know that when Janet Jackson speaks, we're all ears. That's why we went into full speculation mode when the Queen cryptically teased that she'd be appearing on The Tonight Show Starring Jimmy Fallon. Seeing as she already wrapped her Metamorphosis residency in Vegas and hadn't recently released any new songs, what would Miss Jackson possibly be sitting down on the couch to discuss? Well, early this morning (February 10th), Janet surprised and delighted fans with two big promises.

"Hey U Guys! I’ve heard all your wishes and now from my lips to your ears: I’m working on my new album and going on a brand new World Tour this summer! Both titled Black Diamond," she wrote on Instagram. In addition to the announcement, she also explained the reasoning behind the name.

"Black Diamonds are the toughest of all the diamonds, the hardest to cut," she wrote. "I see that as the hardest to hurt or destroy. There is a lot that I have endured. I see myself as a Black Diamond in its purest form. I’m a rock, I have ruff edges but I keep moving forward. I want to show you my strength as well as give you strength."

Along with the statement, she also included a sexy new picture and a flyer for the tour with all her North American dates. The Black Diamond World Tour will kick off this June in Miami and will cover the continental US and a couple stops in Toronto and Vancouver. In addition, the dates include a previously announced headlining appearance at this year's Cincinnati Music Festival and another festival appearance in New Orleans that conveniently matches the usual timing of the annual ESSENCE Music Festival.

You can peep the full list of dates on the flyer below. If you want to be in the number ASAP, a special pre-sale code will be sent out to those who subscribe to Janet's mailing via her website tomorrow, February 11th. The rest of the population will be able to pick up tickets to see Janet Jackson do her thing live and in-person starting this Thursday, February 13th, at 12 p.m. local time.

For even more about what Janet has in store — including a possible release date for that album — we'd suggest you tune in to the The Tonight Show to hear it directly from her lips. 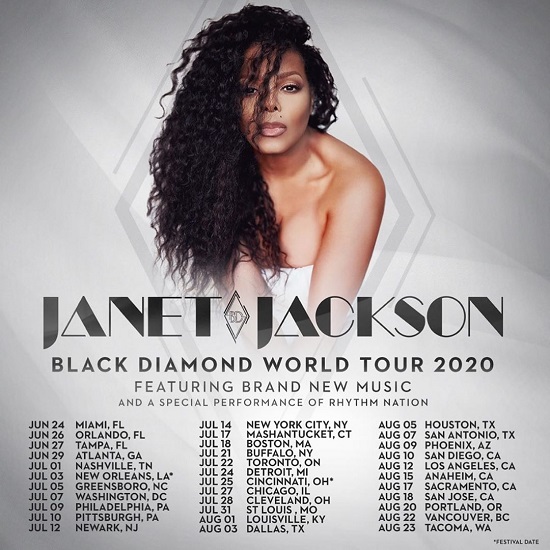 TAGS:  janet jackson
Previous: Laura Mvula Is Looking Toward A ‘Brighter Dawn’ For ‘Clemency’ Next: Omar & Terri Walker Let The Good Vibes Flow In ‘Pass It On’