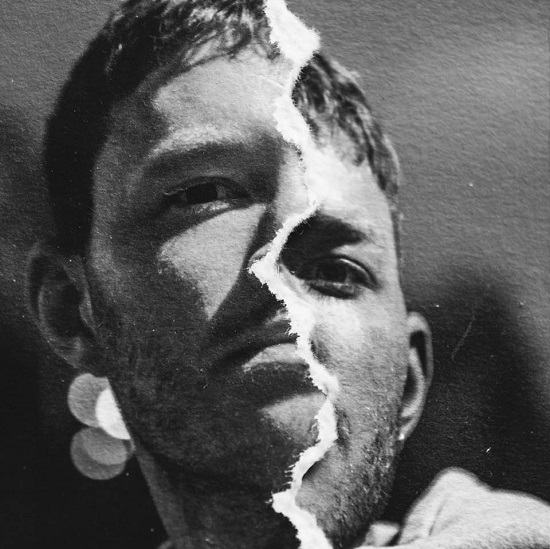 Sometimes we like our music as straightforward as possible. Other times, it's interesting to see what an innovative artist can do to bend, stretch, reshape and recast the art form as we know it. Enter Leifur James. The London-based experimental artist made a mark with his 2018 debut A Louder Silence and he looks to expand his vision further with his upcoming sophomore set Angel In Disguise. To prepare us for what he's got on the horizon, he's released the set's lead single "Wise Old Man" and its accompanying music video.

"Wise Old Man" finds Leifur following in the footsteps of fellow music innovator James Blake, with the icy glitch of electronic notes warmed by an off-kilter kick and snare drum pattern keeping the listener on their toes. Leifur's watery distorted vocal soon bleeds through as he repeatedly sings "Wise old man in my brain / Soul burstin' through my veins." The simple lyric seems to morph in meaning with each refrain, especially as he sings it with different inflection with each instance.

The song's video also adds to the experimental appeal. We're shown a creepy, cavernous set bathed in light and shadow equally. Just as the song's lyrics are repeated, so are the images and shadows, giving everything a sheen of unease as we strap in for this ride.

Is it all a little bit weird? Most definitely. But damn if it isn't interesting. Check out the trippy clip for the glitchy "Wise Old Man" below, keep up with Leifur James on Instagram and look for Angel In Disguise to arrive in stores on April 24th.