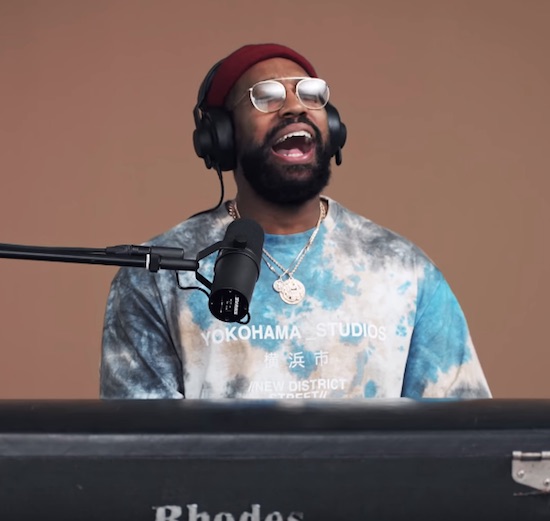 We have no idea when GRAMMY Award-winner PJ Morton sleeps between recording new projects, like his upcoming The Piano Album which drops tomorrow on Valentine's Day, his seemingly never-ending touring schedule and running label Morton Records. Somewhere between alladat, he still found the time to drop into the COLORS Studios in Berlin where he performed a stripped-down version of his song "READY."

Accompanied with nothing but a Rhodes piano and his raspy soulful pipes, Morton delved into the song that originally appeared on 2019's PAUL. He is clearly having fun as he runs down the reasons why he's ready to take things to the next level with his lady love. Whether performing before a packed house or in front of a handful of people, Morton's energy is always at 100 and that's the case here as he smiles and bops along to his own rhythm.

The simple performance is likely indicative of what fans can expect from The Piano Album. The project will include just as the title says, Morton and a piano, joined by friends and family in a recording studio. Check out his COLORS performance to ready yourself for his latest.