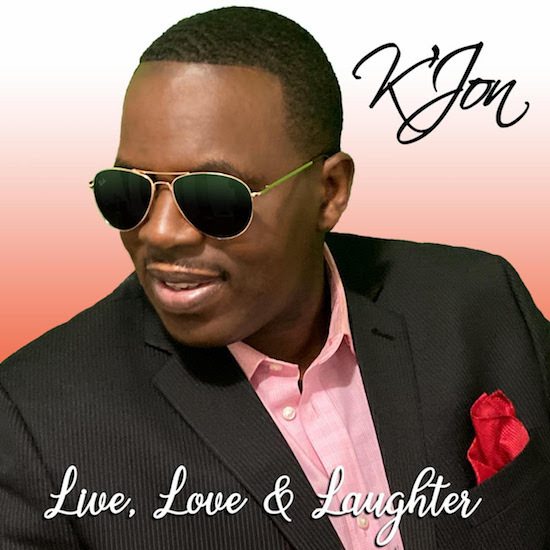 It's been over a decade since K'Jon sailed into our lives with his debut single "On The Ocean." The Detroit native made quite a splash with the butter-smooth stepper's groove that hit No. 1 on Billboard's Urban Adult Contemporary chart and helped his debut album, I Get Around, to also make some waves. His sophomore album Moving On followed in 2012, but things have been relatively quiet from his direction since then. Well, K'Jon officially changes that today with the debut of his new single "Live, Love & Laughter" in a SoulBounce exclusive world premiere.

"Live, Love & Laughter" finds K'Jon serenading his lady and reflecting on how sweet life is with her. The song begins with him setting the scene of their date night at home, complete with chardonnay for her, cognac for him and candlelight for them both. The couple is having a good time just kicked back, relaxed and simply enjoying each other's company. "It would be so sweet if we could just live and love with some laughter / That's all I need cause girl I have ya," he lovingly croons on the chorus of the mid-tempo groove filled with guitar, bass and drums. Later, he wants to go far away with his bae, singing, "We can go to wonderland, put our toes in the sand / We don't even need to have a plan." He may want to take a tropical vacation, but it's clear that he's truly found paradise by her side.

"After a long day in a chaotic world, there's a place we've created to deaden the noise. This place is full of love and laughter," K'Jon says of the song. "Here, nothing else really matters. You can just live." In a world full of stress and strife, this love song is a piece of soothing, soulful therapy.

We gotta say, K'Jon has done it again. He sounds great and "Live, Love & Laughter" hits all the right notes. The single will be officially released on Friday, February 28th, but you can dive into our first listen right here. Make sure that you don't miss future releases by K'Jon by following the singer-songwriter on Facebook, Instagram and Twitter.