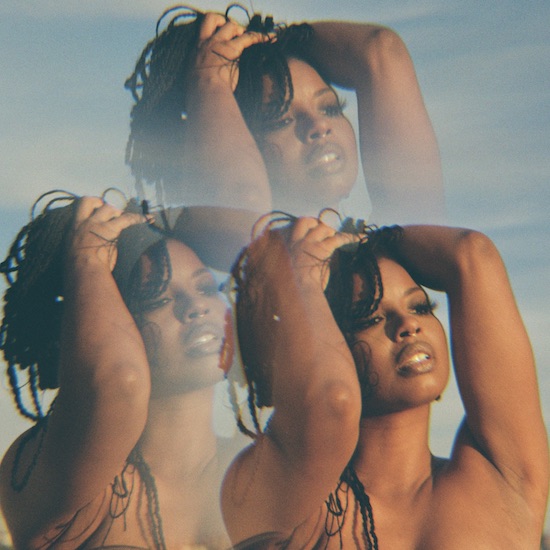 Renee Holiday has known since she was five that she was going to be a singer. Raised on a steady diet of Stevie Wonder, Minnie Riperton, Al Green and Sade, she was surrounded by soul music that laid a strong foundation for her to build her own sound. The Seattle-bred singer-songwriter formerly performed under the name Shaprece and built a buzz performing with local hip-hop acts while releasing solo material. For her first drop of this new year and decade, Holiday debuts her single "Temptation" in a SoulBounce exclusive world premiere.

On "Temptation," Renee pours her heart and soul out singing to the one who lights her fire over a reggae-infused track laced with an Egyptian-like beat. "Temptation / Bad things in my head / First thing I think when I get outta bed," she sings to open the track, admitting to having wild thoughts to start her day. She continues to flirt her way through the song, later singing, "Temptation / When you look that fine / Deep deep down in a bottle of wine / Temptation / Don’t make me blush / Ooh baby what a rush." Does Holiday give in to this temptation? She sure does, and in public at that. "Makin’ a scene / Calling my name / On the balcony / You don’t care if the neighbors can see / On the bullet train / They can’t hear when I scream your name," she passionately sings about the one she just can't seem to resist.

You'll find it hard to resist Renee Holiday's "Temptation" when you listen to it and will likely crave more from the songstress. She promises that more new music is indeed on the way, so stay plugged into her on her official website, Twitter and Instagram for updates.