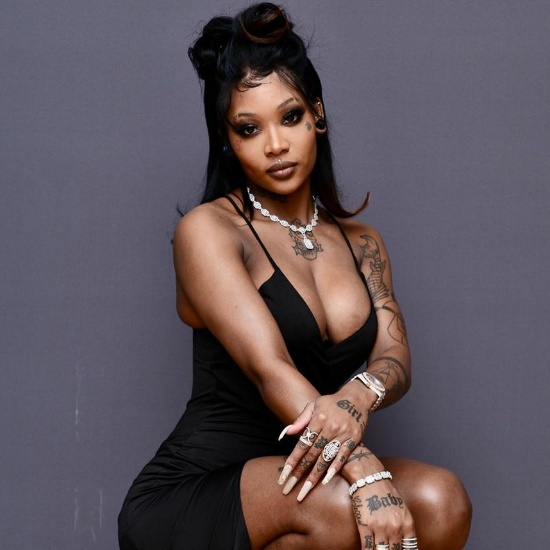 Barry White’s “I’m Gonna Love You Just a Little More Baby” was a huge hit when it was released in 1973, taking the No. 1 spot on the R&B chart and managing to climb to No. 3 on Billboard's pop chart. It has been covered by numerous singers and become a favorite at karaoke bars. Summer Walker covers the infamous track for the girl power-infused soundtrack Birds of Prey: The Album and her version falls somewhere in the middle.

While the moody production seems readymade for Walker, there’s a disconnect that makes the song come off less heartfelt and engaging than Barry's sincere original. There are moments that come across well in translation, particularly on the chorus where her vocals hang lovingly and longingly on the lyrics. Then there are moments where it seems like she’s stumbling through the track, as if her raspiness can't seem to carry the weight of the words. It's far from a bad cover, but it could use some more emotion and feeling to make us feel it.

Birds of Prey: The Album has been a huge showcase for up-and-coming female artists, featuring songs by Megan Thee Stallion and Normani, Doja Cat, Saweeti and Halsey to name a few. There’s even a track by Jurnee Smollett-Bell – who plays the character Black Canary in the film – and we didn’t even know she could blow. Birds of Prey: The Album is in stores and on streaming services, such as Spotify, now.