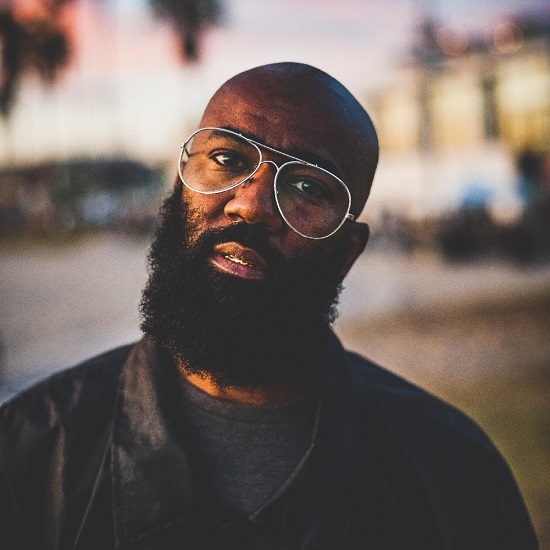 Music is called "the universal language" because of its ability to transcend boundaries; even more so when there are no lyrics involved, since there's no worry about context being lost in translation. Having previously worked with artists like Kanye West, Common, Gorillaz and My Brightest Diamond, GRAMMY-nominated producer Anthony Khan – better known as The Twilite Tone – is well-versed in various forms of melodic expression. But now instead of making hits for others, the Chicago musician has signed with Stones Throw to channel that creative energy into his own music.

In celebration of this next phase, the artist has released a new single called "Space Invaders." As the title suggests, Tone transports us to the outer realms with a futuristic banger that probes the senses. It's barely 90 seconds long, more of an interlude than a single, but you should still prepare for involuntary head-nodding as the beat slaps unrelentingly. What's interesting, though, is how something so brief can be packed with substantial meaning.

Tone explains that the title refers to "the myth that there is not enough room for everyone, or there are not enough resources in this world for all." It also alludes to gentrification as he further expounds, "people from a colonizing point of view, new occupants moving into an established neighborhood, acting as if they discovered the area and as if the people there are not relevant or, worse, alien." The theme even translates into his personal life as he recounts, "I have a 9-month-old daughter. I had people in my life voice concern over me having a new baby and family, thinking it would infringe upon my 'space,' time, energy and career. This couldn't be further from reality. It has given me new purpose and drive and my capacity to elevate and expand as an artist, father and human being is infinite."

Be on the lookout for more new music from The Twilite Tone in 2020. In the meantime, head to Apple Music or visit Stones Throw to expand your thinking with "Space Invaders."


TAGS:  Anthony Khan, audio, stones throw records, The Twilite Tone, twilite tone
Previous: Missy Elliott Is Nice With Her Pen & Penmanship In The ‘Why I Still Love You’ Lyric Video Next: Christian Kuria Makes A Successful Leap Over The ‘Borderline’ On New EP