BLVK CVSTLE Makes A Mysterious Debut With ‘ANTHEM OF LOVE’ 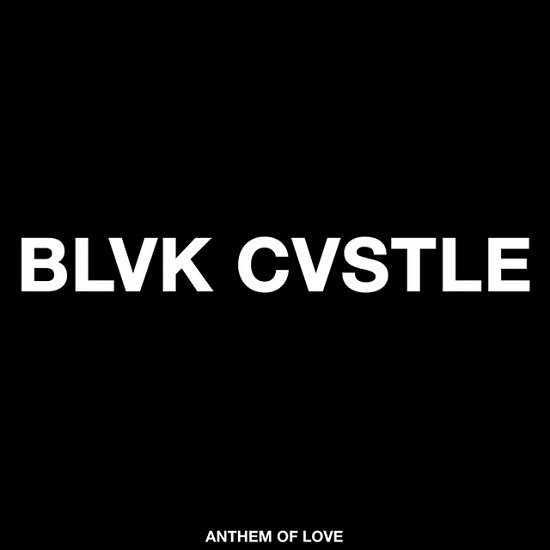 We love a good mystery as much as the next person. So, when a new EP title ANTHEM OF LOVE from a band named BLVK CVSTLE came across our desk, we were more than a little intrigued. Our curiosity was stoked even further when we pressed play. So much so that we tracked down exactly who the source of this musical goodness was. While the creatives behind the music swore us to secrecy as far as their identity is concerned, we thought it was imperative that we talk about the music itself.

BLVK CVSTLE seems to be interested in the sounds and grooves of the '70s and '80s, as most of the tracks evoke the funk and soul of that time. Look no further than the first full-length song, "FRIED CHICKEN." An unassuming tune slathered in buzzy, electric guitar funk, the track grooves with an urgency not heard in many songs of today. With its syncopated drums and the singer's flawless falsetto, you'd swear that it was an outtake from one of Micheal Jackson's Off The Wall sessions. A bit of the modern is introduced, though, by random slowdowns in tempo that make things a bit chopped and screwed. The sound switches up for "SPACE." Taking a cue from disco, the track is built off rhythm guitar playing against a backdrop of lush strings. Meanwhile, the lyrics speak to needing space from a love that's proven overwhelming. So overwhelming, in fact, that track switches in the middle to an airy groove that sounds closer to '90s R&B than what happened just seconds before.

That's followed by "GITMO." The song (whose title is an acronym for "give it to me only" and not an allusion to the detention camp) is a smooth R&B groove that pairs soft and sweet vocals about love with a gruff straightforward chorus that's pretty direct. Title track "ANTHEM OF LOVE" closes things out. It's the song that differs the most from the rest of the set, with a simple soul sound that looks to the '60s for both its sound and its flower child message.

We're pretty sure that those who know can take one listen to ANTHEM OF LOVE and guess the driving force behind the project. We won't spoil the mystery, however. Besides, the music is more than good enough to stand on its own regardless of who's behind its creation. Stream the EP in full below and be sure to follow the band on Instagram and Twitter.


TAGS:  audio, BLVK CVSTLE
Previous: SoulBounce Exclusive: Buwa’s Relationship Is A Wrap In ‘Eminlo’ Next: JoJo Is Looking For A Love On Her Level With ‘Man’