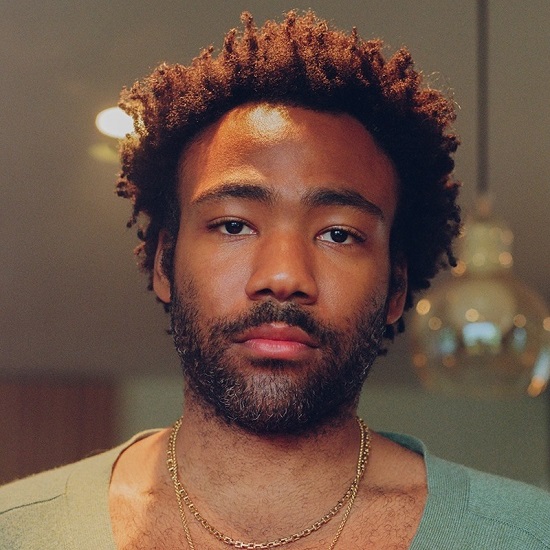 If you happened to be on the internet on March 15th, then you were also taken by surprise when the website DonaldGloverPresents.com went live and began streaming what sounded a lot like a new Childish Gambino album. Turns out that's exactly what was happening as the artist also known as Donald Glover gave fans a continuous listen to a 12 song set that featured songs both familiar and altogether new. Then, like that, it was all gone. Gambino didn't leave us hanging, however. This past Sunday he released the album — which he titled simply 3.15.20 — to the masses so that we can truly enjoy and digest in its entirety.

The album's rollout isn't the only thing that's peculiar about this set. Rather than giving each track a title, he opts instead to name each one with the time that it starts. In fact, the only two exceptions are previously heard track "Algorhythm" and "Time" (which features singer Ariana Grande). The effect of this is to strip away some of the expectations we might have for songs based on title and instead experience them for what they are.

Each track blends into the next here even as he and his collaborators play with sound, style and form. While his hip-hop beginnings aren't too far away, this set seems to be more about his R&B leanings. There are moments, like "12.38" for example, where he gets his Prince on as he tells the story of a chance encounter with a lady over an '80s-leaning R&B groove that morphs and changes seemingly at will (kinda like the mushroom trip that he might be on given the song's lyrics). The Prince party continues with the more straightforward "19.10," which sounds lyrically and musically like an outtake from one of his Purpleness' side projects.

He's not just on his Prince ish, here though, as he's experimenting all over the place. He finds a rollicking, down-home groove about moving weight on "35.31," gives us distorted mayhem on "32.22," dives into icy emotion on the robotic "39.28" and flips through nostalgia on "42.26" (which happens to be previously released single "Feels Like Summer"). He closes the set with a song that seems to suggest that this might be the actual swan song of Gambino that he's promised for so long. "There is life in every moment under the sun," he sings on its chorus. "I did what I wanted to." Meanwhile, he marries his wild child rap persona with the funkier R&B side he revealed in later years, providing something altogether trippy yet exhilarating.

You can listen to 3.15.20 either in a track-by-track format via your favorite streaming service or by downloading it from your go-to retailer. However, we suggest taking advantage of the full-length stream (which you can check out below) to get the total experience of the ambitious set.